Using forex robots (EA – expert advisor) has become a common feature in forex trading. The popularity of forex robots started increasing after the advent of the MetaTrader 4 trading platform was introduced. However, there are so many EAs in the market that it is difficult to spot a good one.

There are a few factors that need to be taken into consideration when choosing the best and profitable forex robot. Some of them are trading style, risk tolerance, etc. Other factors that are required to be analysed are profit ratios, maximum loss or drawdown, and risk-to-reward ratio. Even if a robot with the best statistics is chosen, the risk of losing money is very high in the case of forex trading. It is therefore of utmost importance that you first of all determine the amount of financial risk that you are ready for. The best robots, the ones that make the most profits, are also the ones with the most risk. It is, therefore, important to choose a robot that best suits a trader’s risk appetite.

Prior to choosing a forex robot, it is vital to test the robot with actual market data by signing up for a demo account with the broker. Simultaneously, you should choose a forex broker that allows you to trade smaller lots. This will reduce the risk at start and is a good method to see if the robot matches well with your needs.

EA Statistics – How to Find Them 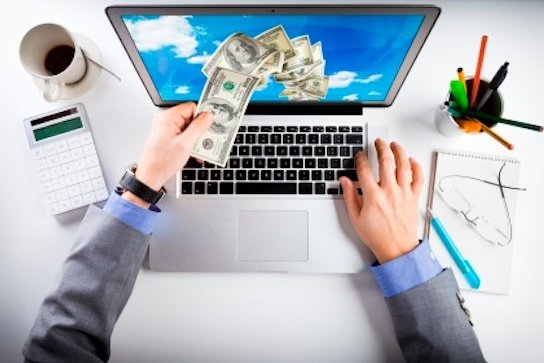 To pick the best and profitable robot it is always essential that the robot be tested by an independent website. Recommended sites are myfxbook and forexpeacearmy. As an example, Vortex Trader, a forex robot, has been tested by both these sites and the statistics look very encouraging. The statistics show that the robot has lost money in only 2 out 30 months. You must also remember that these statistics do not guarantee the same performance every time.

Another point to be kept in mind is that forex robots do not perform well in all types of markets: volatile, trending, range-trading, etc. The settings of the robot have to be suitably altered in order to suit the type of market that they are to function in. Any unsupervised robot will ultimately cause you to lose money. There is no robot that is suited to run in any market under any condition.

The profit factor tells you straightaway whether the robot will make money or not. It is the most important statistic. It shows the relationship between risk and profit. However, any EA that is profitable but which risks all your money is not the right one to be chosen. Profit factor is calculated as the ratio between the sum of all the winning trades and the sum of all losing trades. In other words, it is the ratio of gross profit to gross loss. An EA with a profit factor of less than 1 should never be chosen. Choose a robot with as big a profit factor as possible.

Also referred to as expectancy, this statistic indicates the amount of money that can be earned in a trade. This is based on historical data and is no guarantee for future performance of the EA. However, it is useful. Expected profit is calculated as the difference between average profit per trade and average loss per trade.

Drawdown is a clear indicator of risk. It indicates the percentage of maximum loss recorded since the previous highest point. This indicates how much you can lose when the robot is in trouble. It is recommended to analyse drawdown with an equity curve chart. A rising curve indicates a profitable robot and an agitated curve a volatile one. A volatile robot is one with a higher drawdown and poses greater risk.

Maximum drawdown indicates maximum loss since the previous highest point. A 50% drawdown indicates that the robot lost 50% from its last highest value at some point in time. If you make use of this robot and invest USD 10,000, just prior to its drawdown, you could end up losing 50% of your capital.

Drawdown recovery gives an idea of the speed at which a trading system can emerge from a drawdown. Drawdown recovery can be expressed in the form of number of trades or the time required. Choosing an EA that can return to a positive value after a loss is advised. A less volatile robot returns back slowly and steadily unlike a riskier one.

In spite of all these factors, robots come with options that allow your risk to be managed by an adjustment of maximum SL and TP. The adjustment of these factors helps you to improve the risk-reward ratio of the EA. But before deploying these robots, it is essential to conduct a number of backtests prior to changing the settings. These are done to observe whether altering the settings will affect the strategy or not.