Bitcoin is still more than 35 percent down from its all-time high of $19,891.99. But according to Chamath Palihapitiya of Social Capital Hedosophia Holdings Corp, the cryptocurrency has a bright future ahead.

The Silicon Valley venture capitalist said today that bitcoin is the single best hedge instrument against the traditional finance infrastructure. He believes that even people who are against the cryptocurrency should buy it to manage their investment risks.

“Whether you support the fiscal and monetary policy or not, it doesn’t matter,” Palihapitiya told CNBC. “This is the schmuck insurance you have under your mattress. Just buy the coins. It’s a fantastic instrument.”

To Hedge or Not

The statements followed years of discussion about whether or not bitcoin could protect investors against currency devaluations, stock market downturns, and anything that remotely threatens the global market’s stability. The cryptocurrency’s non-sovereign features, according to its investors, make it unsusceptible to poor monetary policies. Moreover, they believe bitcoin also serves as a tool to circumvent capital controls and economic sanctions.

But, at the same time, some voices differ from the views of Palihapitiya and others. Analysts at JP Morgan Chase said in January that bitcoin appears like a very deficient hedge in comparison to others.

“Even in extreme scenarios such as a recession or financial crises, there are more liquid and less complicated instruments for transacting, investing and hedging, in part due to the scale afforded by fiat currencies’ legal tender status,” said Jan Loeys, J.P. Morgan managing director and analyst.

The pessimism arose from bitcoin’s reaction to the stock market’s downside correction last year. While the Dow plunged by 1,500 points in a day in February, the cryptocurrency dropped in tandem by more than 9 percent. 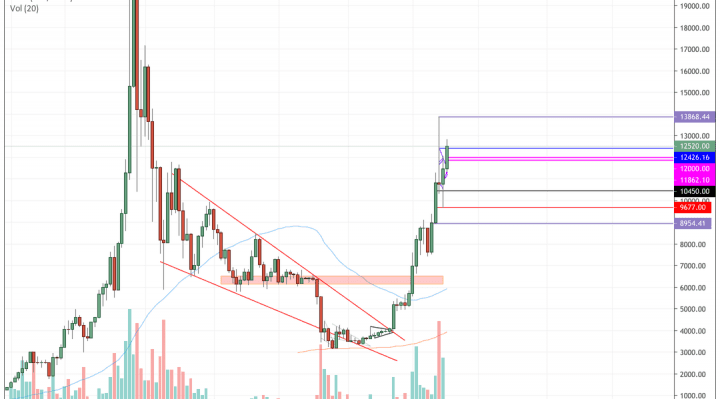 An unofficial correlation between the stock market and bitcoin started appearing only this May. Following US President Donald Trump’s announcement of imposing tariffs on Chinese products, bitcoin rose by up to more than 120 percent. The surge also borrowed fat from the Fed’s announcement of a rate cut in July, as well as Facebook’s decision to launch a bitcoin-like payment token next year.

Palihapitiya believes that bitcoin could easily hit a $1 million valuation in the next 20 years. Calling it a confidence game, the venture capitalist said investors should allocate at least 1 percent of their investment portfolio to bitcoins.

“This is a fantastic fundamental hedge and store of value against autocratic regimes and banking infrastructure that we know is corrosive to how the world needs to work properly,” he repeated.