Why The Crypto Market Will Probably Continue to Consolidate Into Bitcoin

2019 has been a pretty rough year for the crypto market, and especially for the smaller altcoins. Even though Bitcoin has not been spared from the bloodbath, you notice that the market capitalization is mostly being absorbed into it like a sponge.

While Ethereum, Ripple and other coins had brought some interesting concepts to the table, Bitcoin has a loyal user base that is hard to disperse. This is why many experts and Bitcoin evangelists believe that BTC will always remain king.

Bitcoin is the Original Brand 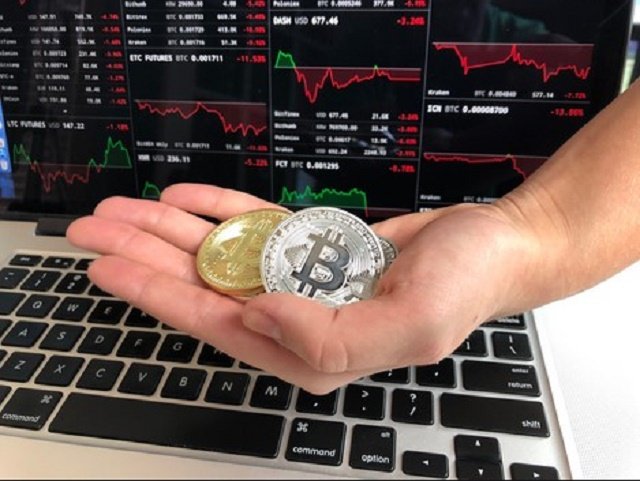 If you ask random people off the street about cryptocurrency, they likely have only heard about Bitcoin.  This is no surprise as it is the oldest coin and it’s been in the headlines for nearly the past decade. In fact, the meme about Bitcoin is that it is equivalent to digital gold.

Just like any other type of market, from food to consumer electronics, people are addicted to brand loyalty. It may have to do with good past experiences, recommendations from friends. With Bitcoin, Brand loyalty likely comes from its perceived stability.

Bitcoin Has The Most Hashes Behind It

As a decentralized Proof-of-Work coin, the stability of Bitcoin’s network depends on a steady flow of miners. Since mining costs electricity, people would rather mine coins that make a stable profit, in which Bitcoin is still on top in that regard.

At the time of writing this article, the Bitcoin network has been able to maintain above 40 million TH/s on almost every day of the week. This dwarfs the mere 150,000 TH/s behind Ethereum’s network.

While some coins that are based on Proof-of-Stake protocols rather than Proof-of-Work, most of the market has yet to adopt PoS. Some may also believe that a PoS coin is centralized and not really a cryptocurrency in the traditional sense. This is why mining power should still be a variable in determining a coin’s popularity.

Just like Forex traders, cryptocurrency traders will tend to keep the bulk of their wealth in a safe reserve currency. Aside from the USD or Tether, Bitcoin has usually been the reserve currency in the crypto market. It may also be argued that Bitcoin has some intrinsic value to it due to the massive amounts of electricity used to mine circulating coins.

If you take economists like Max Keiser seriously, Bitcoin could even grow substantially to be the biggest reserve currency for even fiat trades. This train of thought is fueled by currency crises in countries like Venezuela, Libya or Argentina where some citizens utilize Bitcoin out of necessity.

Investing in Bitcoin is no longer about doing under-the-table trades or depositing money into a shady overseas broker. There are well-established financial companies launching Bitcoin-based managed funds.

Goldman Sachs, the investment bank that had previously talked smack about Bitcoin, is even creating their own Bitcoin trading desk service. The idea was to have derivatives traded and delivered via the form of Bitcoin. This creates a means of getting high-profile investors into the market while somewhat managing risk.

In Canada, First Block Capital Inc. is the first officially regulated mutual fund in with Bitcoin at its base. This allows accredited investors to put money into RRSP and TFSA accounts, allowing them to hold Bitcoin while having tax benefits.

Taking a look back at bigger fish, Polychain at one point had managed $1 billion in investors’ capital on the crypto market. This makes it the largest hedge fund dealing with Bitcoin thus far. The company had also raised hundreds of millions in venture capital funding, showing that there is some confidence in crypto funds.

Reflecting its market dominance, Bitcoin is always buzzing on social media more so than any other cryptocurrency. While it doesn’t necessarily reflect where money is being spent, it at least shows its brand presence is frequently propagated.

Taking a look at Reddit, /r/Bitcoin alone had passed 1 million subscribers with several thousand people always online. It is also quite often for posts to get thousands of upvotes and make it to the front page of Reddit. Comparing to the activity of /r/Ethereum with 400 thousand subscribers, Bitcoin is light years ahead in its social media value.

Forks Have No Value

Bitcoin Cash, one of the few coins that many thought would dethrone Bitcoin, is barely relevant anymore. Other forks that have come along with flamboyant names, from Gold to Diamond, have been clear pump & dump scams taking advantage of the sudden demand in crypto.

Many of the forks that have come along promised faster & cheaper transactions, whether or not that had actually been true. Considering that the Lightning Network has resolved the high transaction fees faced in 2017/2018, there is no market value in using coins with larger blocks or Proof-of-Stake protocols.

While it may be a bit of a stretch for some, Bitcoin’s anti-establishment roots allow it to maintain a cult following. If you get a chance to read Satoshi’s white paper, he mentioned how the bank bailouts of the 2007-2008 financial crisis was a big motivator to release Bitcoin.

Whether it is Libertarians, Anarchists or other counter-culture groups, Bitcoin is held in high regard due to its decentralized nature. Many even hold on to the idea that Bitcoin will be the de facto world currency, which isn’t such a crazy idea anymore.

Taking a look at new altcoin projects, you will notice that there is either a startup or venture capital behind it. In the spirit of the crypto market’s origins, people would put trust into an anonymous programmer with big ideas over a company promising profit potential.

Even if Bitcoin won’t necessarily survive decades from now, there are many indicators showing that it will continue to dominate the market in 2019. However, cryptocurrency startups may continue to create more groundbreaking advancements in blockchain technology in order to topple Bitcoin, which would only benefit the world. Nobody can predict where things will end up in the long-term, so take any wild predictions with a grain of salt.