Red Hat Inc (NYSE: RHT) has announced a significant revision of its Patent Promise. The original promise that originated in 2002 was based on RHT’s intention not to enforce its patents against free and open source software. The new version significantly expands and extends RHT’s promise, which will help to protect open innovation. Further, the expanded version published today has reaffirmed the intention to discourage patent aggression against free and open source software and extends the zone of non-enforcement. It applies to all of Red Hat’s patents, and all software licensed under well-recognized open source licenses. The revision of its Patent Promise breaks new ground in expanding the amount of software covered and otherwise clarifying the scope of the promise. RHT believes that its updated Patent Promise represents the broadest commitment to protecting the open source software community to date. 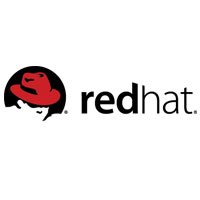 Meanwhile, RHT has appointed Narendra Gupta as chairman of the board. He currently serves on the board of trustees of the California Institute of Technology, which is the advisory board of Asia Society Northern California, and on the boards of several privately held companies.

Additionally, RHT have been awarded a contract from the Department of Homeland Security (DHS) Science and Technology Directorate (S&T) to advance mobile application lifecycle security. In May, DHS S&T announced the findings of its “Study on Mobile Device Security”, conducted in coordination with the National Institute of Standards and Technology and its National Cybersecurity Center of Excellence. Through the DHS S&T Mobile Application Security project, RHT and Kryptowire will help to address the mobile security gap by developing a framework for automation of security and privacy compliance in the mobile application lifecycle

RHT stock has risen 52.6% in this year to date (source: Google Finance). Barclays has raised its price target on RHT to $120 from $105 and maintains an Overweight rating.