The bull and bear case for gold heading into year end

There are good reasons to be bullish on gold. A strong seasonal pattern for January, with gold rising 7 years in a row during that month and low-interest rates around the world are generally supportive of gold heading into year-end. The approach of the Chinese lunar New Year, which prompts physical purchases of gold, generally supports gold at the start of the year.

On top of this, the catalyst of potential safe-haven demand on a US-China trade deal breaking down is the trigger that will send gold soaring into year-end and the month of January. I hope it doesn’t happen, for global growth’s sake, but it would be a bullish case for gold. I would also expect a tweet from President Trump to throw the whole trade deal into question. That is the US President’s pattern. It was the way that President Trump handled the USMCA deal and it is the way I expect the US-China trade negotiations to continue.

However, it is good to keep things in balance, so what about the bearish reasons for gold? Here are a few factors that will weigh on gold going forward into 2020.

So, there we have it – the bearish case for gold which is just the flips side of the bullish case really. Worth bearing in mind for your gold playbook as we approach January 2020. A stop underneath $1440 for gold longs will be an obvious choice for those positioning themselves for any further gold strength from here. 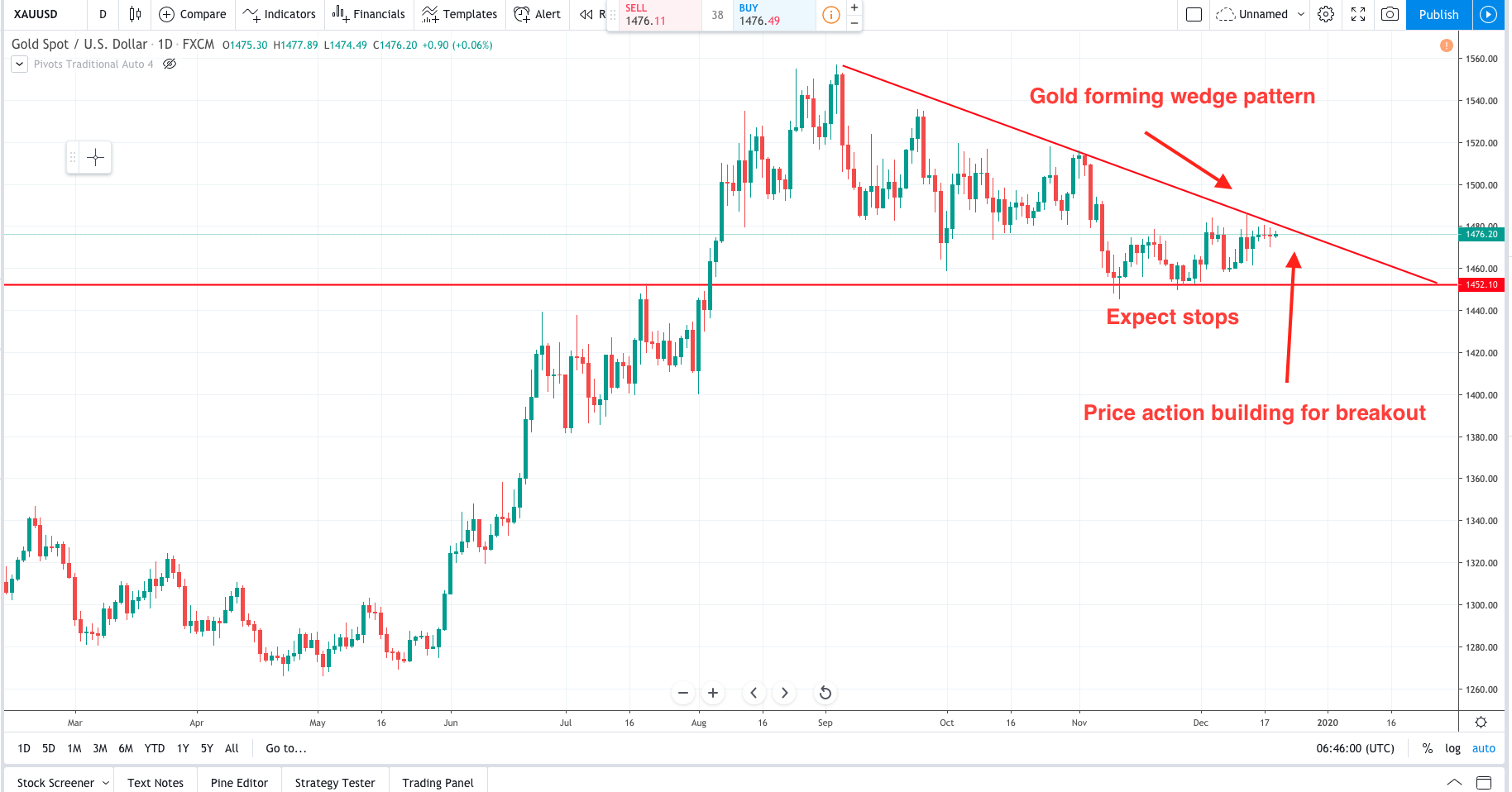