The Impact of Artificial Intelligence on the Forex Market

Artificial intelligence (AI) is all around us. The technology is not that new, but recent advances in it have brought a lot of attention to the field and have made it attractive to a large number of experts looking to improve the world around them. We’ve already seen the impact of AI on various markets, but forex is undoubtedly among those that have been affected the most.

It’s hard to argue against the benefits of AI on this field. We’ve seen various improvements in the capabilities of both traders as well as the underlying systems that drive the market as a whole. And we’re likely going to see even more in this regard in the not too distant future. AI has proven to be a major driving factor behind the development of the forex market, and it will probably continue to impact it for a long time. 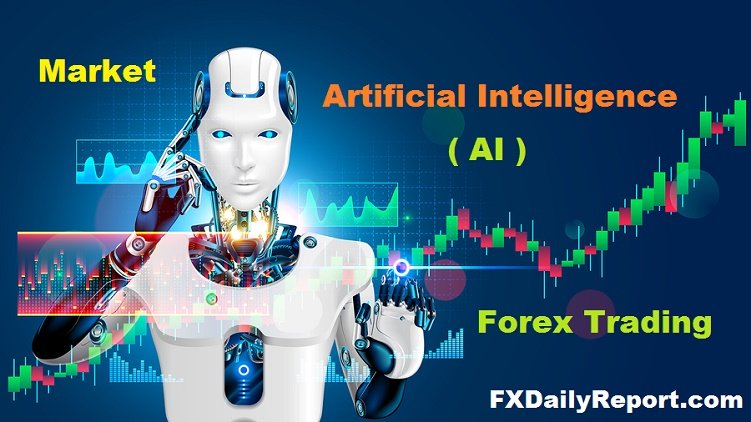 There has been a drive to make trading on the forex market a more personalized experience for some time now, though we haven’t really seen any good solutions to most of the problems on that front. Until now. AI has made it quite easy to address this problem on multiple fronts, and has enabled developers to finally create systems that cater to the individual needs of different users, and adjust themselves according to their performance on the market.

This has also led to another interesting effect. The market is now becoming more segmented, and more people have started to explore unique niches of it that better suit their own personal preferences. This is an important change, because too much homogeneity can not be good for the overall state of the market. At the same time, many people seem to now have a better ability to understand the different nuances of each market situation they’re involved in.

Risk remains a major factor for anyone involved in forex trading, and that’s a fact that people need to come to terms with before deciding to get involved in this market. There are many mechanisms available to control that risk though, and it’s a good idea for the average trader to familiarize themselves with them on a deep, fundamental level.

AI has been a huge step in the right direction in this regard. Advanced analytical tools can analyze each situation much better than the average person – even specialists – and can alert traders of any potential risks. This is becoming more and more widespread on the market, and we’re already seeing various companies putting special effort to address this aspect of their trading.

Consistent results are what every good trader is after. And yet, it’s hard to achieve that ideal in some cases, depending on the complexity of each trade involved. It can be even more difficult without a good overview of the forex market. Integrating AI into trades more deeply can significantly improve the overall consistency of the results from each trade for various reasons.

The most important one is that AI is able to take a long chain of historic events into account, making much more accurate decisions based on its past knowledge. Humans can do that too, but with a much more limited degree of success.

Traders now have access to much more information than ever, and it shows. This has had an impact on multiple aspects of the forex market, and it has allowed many people to be more confident and active in their own trades. Various traders have also adopted a stance for active exchange of information between themselves, further fueling the overall progress.

This has been driven not only by AI, but by the advance of the internet itself. And we’re likely only seeing a very small portion of what’s to come, judging by past trends.

Robots taking over the actions of humans is nothing new under the sun, and it’s also a prevalent factor in the forex market. Opinions on that seem to be split among most people though, as it looks like some believe that trading should be left to humans at its core. Meanwhile, some developers have made shocking progress in this field, developing solutions that can be very effective at sniping trades and performing complex operations much better than humans.

On the other hand, there is not such a strong requirement to have deep technical knowledge anymore. Many of the important tasks can now be handled by automated systems that can produce stunning results, leaving humans to focus on the more creative aspects of the whole operation. The results can be seen in various corners of the market, and the most noticeable effect is that people of all walks of life can now get involved with forex trading relatively easily.

One of the factors that have been pointed out as potentially harmful is that there is a much stronger dependency on AI technology in many circles at this point. This can be seen in various ways, and it’s true that the forex market as a whole has started to move in that direction. But this doesn’t necessarily have to be a bad thing.

As long as we keep an eye on the origins of it all and maintain an objective overview on the market, this should not be a problem. There will always be a need for dedicated specialists who know what they are doing and understand the forex market better than the average person. No AI will be able to replace the human touch in the whole equation, so this should not become a problem anytime soon.

But those who don’t pay attention to the way these trends are evolving stand to lose a lot not too long from now. AI is going to take over the forex market sooner or later, and the writing is already on the wall. It’s critical to stay up to date with the way the trends have been shifting, and understand the implications of this technology on the future of financial trading.