The Best And Worst Times To Trade Forex

The biggest advantage of the forex markets is that they allow traders to conduct their trades for 24 hours in a day for 5/6 days in a week. The round-the-clock opportunity gives the perfect setting for forex traders who are driven to making profits. This is possible because of the existence of different time zones in which the money markets across the different parts of the world operate. The Far East markets open first in a day, New Zealand, Australia and Asia, then Europe and, finally, North America. 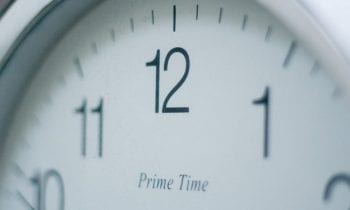 The forex market officially opens with Sydney at 5 p.m. EST in Australia. Nevertheless, traders at New Zealand set their prices at 4 p.m. The wellington market shuts down at midnight and Sydney at 1 a.m.

In the span of an entire week, the 5 p.m. opening time of the Sydney money market is the same as the close of New York’s currency market’s 5.00 p.m. EST close on the previous evening. That is, when the New York currency market closes at 5 p.m. on Monday evening, the Sydney market opens at the same time (according to its time zone) on Tuesday morning. This is helpful to professional forex traders in that those residing in New York can pass on their orders to others in Sydney for observation until the markets open in Tokyo.

The Tokyo currency markets open two hours after that of Sydney. This is at 7 p.m. EST. The market then comes to an end at 4 a.m. EST. Both Hong Kong and Singapore markets open 2 hours after Tokyo, that is at 9 p.m. EST. These markets close at 5 a.m. EST. One of the busiest stock trading slots happens during the last hour of the Asian trading session and when the London session simultaneously opens. In the European currency market, Frankfurt works from 2 to 10 a.m. EST and the London market session is from 3 to 11 a.m. EST.

Currency trading on the east coast of North America takes place between 8 a.m. and 5 p.m. EST. Whereas the Chicago market opens one hour later than this, the California session happens three hours afterwards. This entire cycle repeats every week in the currency market throughout the world. The forex trades are carried on up till the New York market closes on Friday at 5 p.m. EST. The currency market and its operations take a break during the weekend. The next session is 5 p.m. EST Sunday when the currency market at Sydney opens for the next week.

The Best Times to Trade Forex

The best times to trade forex is when the greatest amount of liquidity is available. Obviously, this happens when there is an overlap in the timings when different markets are simultaneously open. This happens many times in a day. Such sessions allow for a high degree of liquidity for certain currency pairs and wider pip ranges. Theoretically, these are among the best periods to trade currency pairs.

Any forex trader is potentially more benefited when higher volumes are traded and when there is higher liquidity. Therefore, a trader can benefit when there is heavier trading of specific currency pairs. This situation gives maximum benefit to those traders that are involved in day trading or scalping.

At these times both the London and New York currency markets are active. Both of these are major financial markets. Frankfurt is also open between 8 and 10 a.m. EST. European currencies such as Pound Sterling, Swiss Franc, Euro, etc., have high liquidity and trading in currency pairs involving these are heavy during this slot (e.g., GBP/USD, EUR/USD, USD/CHF).

The highest liquidity for the Japanese Yen are the times when the Sydney market closes at 1 a.m. EST to leave behind the Asian markets of Hong Kong, Tokyo and Singapore remain open and overlap with Frankfurt and London which open at 2 and 3 a.m. EST respectively. They continue to overlap up until 5 a.m. EST.

In many slots between 1 p.m. and 3 a.m. EST, many Asian and European markets overlap and this gives the traders a good opportunity to trade profitably. The currency pairs that are actively traded during these times are EUR/JPY, GBP/JPY, USD/JPY, and CHF/JPY.

Trading Forex: The ‘Not so Good’ Trading Times

In the time slot between 5 p.m. and 7 p.m. EST when the New York market has closed down for the day, the only other market that is open is that of Chicago up till 6 p.m. EST. However, thinner markets of Australia and New Zealand (which open at 4 p.m. and 5 p.m. EST, respectively) and some banks on the west coast which remain open till 7 p.m. EST will be the only ones available for trading. If traders refrain from trading during such slots when liquidity is low and the markets are volatile, it is possible to save money. Other slots not recommended for forex trading include the Friday session before the weekend and the Sunday night sessions. Other risky periods include when important numbers such as those of US Non-Farm Payrolls are announced and they differ from the expectations of the market.