Bitcoin Back Above $10,000 ahead of Fed Rate Cut Announcement

Bitcoin has pierced through the $10,000 level this Wednesday as investors prepare for a dovish announcement from the Federal Reserve.

The bitcoin-to-dollar exchange rate established an intraday high of $10,084.28 around 15:15 UTC today. An hour before from that, bitcoin futures on CME also settled a local top towards $10,130. 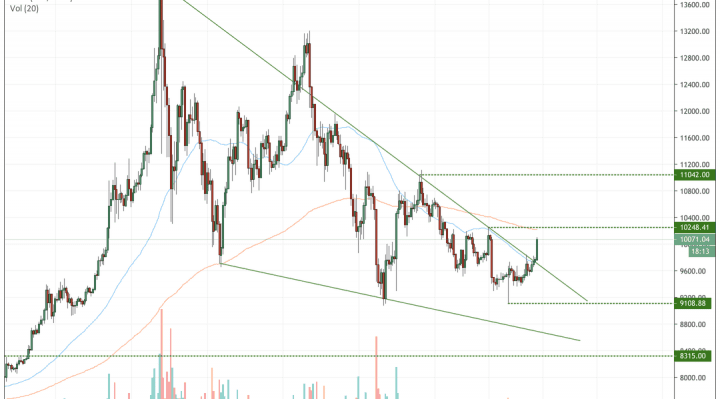 Bitcoin is Up More than 4% in Last 24 Hours | Source: TradingView.com, Coinbase

The rest of the market, meanwhile, tailed the bitcoin uptrend, with each top coin returning a decent intraday profit. Ether, the second-largest cryptocurrency, surged 2.31 percent on a 24-hour adjusted timeframe. At the same time, Litecoin posted a relief price rally of more than 5 percent, especially ahead of its much-publicized halving event on August 5.

The bitcoin’s intraday gains appeared right ahead of the Federal Reserve’s announcement of a rate cut today at 18:00 UTC. The US central bank chair Jerome Powell is set to announce a quarter-percentage slash in lending, the anticipation of which has sent the US equity market higher. At the same time, the US dollar declined, and yields on the 10-year Treasuries fell to 2.03 percent.

Such macroeconomic factors historically coincide with a rise in bitcoin prices, says Mati Greenspan of eToro. The senior market analyst at the Tel Aviv firm told BlockTV today that bitcoin rose in tandem with the Dow Jones index during the monetary easing throughout 2017. Then, both dropped almost at a similar time when the Fed put a break on its rate cuts.

“Bitcoin has a lagging effect,” said Greenspan. “As central banks continue to talk about easing, we did see a rise in bitcoin […] I believe we’re gonna see a reaction from the cryptocurrency this evening when Fed decides they do want. to cut interest rates.” 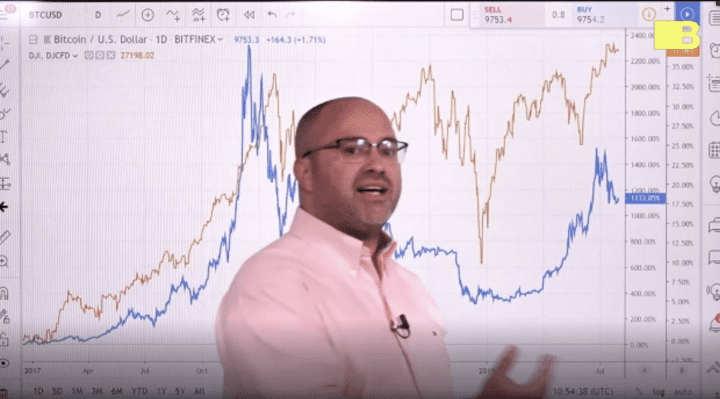 Bitcoin is Up More than 4% in Last 24 Hours | Source: TradingView.com, Coinbase

The bitcoin price is now breaking out of its near-term Falling Wedge pattern. As discussed earlier, such a scenario is relatively bullish. With the cryptocurrency coming out, the price is now inside what we call a fakeout area. That said, traders could see it rise towards the $10,248 level, and then fall back inside the Wedge pattern. Or, if the bullish bias sustains, the breakout target could extend to the $11,000 level, clearing the bearish bias of the near-term.

Fundamentals are supporting a bullish scenario as of now. Meanwhile, traders should watch out for a break below the $9,108 level, eyeing the lower trendline of the Wedge for a pullback retest.