Walt Disney Co (NYSE: DIS) stock fell over 1.4% on 5th Feb, 2020 (Source: Google finance) after the company’s first quarter of FY 20. Disney’s international parks and resorts got affected due to the protests in Hong Kong, as well as the coronavirus outbreak. The company has closed its Shanghai Disney resort on Jan. 25 until further notice and has also temporarily closed its Hong Kong Disneyland Park. As a result, the company expects operating income at Shanghai Disney to decline by $135 million in the fiscal second quarter, while Hong Kong Disneyland’s operating income may decline by about $40 million for the second quarter. 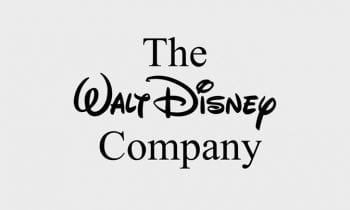 Meanwhile, Disney+ now has 26.5 million subscribers, which is an increase from the 10 million sign-ups the company has registered for the service after it launched in November. About 20% of subscribers who signed up for Disney+ has done so through a free trial with Verizon and about 50% of subscribers signed up for the service through the Disney+ site. ESPN+ has now 7.6 million subscribers and Hulu has 30.7 million total subscribers. Hulu has reported the average monthly revenue per paid subscriber of $59.47 during the quarter. ESPN+ has reported average monthly revenue per paid subscriber of $4.44, which represents a 5% decline from the year ago period.

DIS in the first quarter of FY 20 has reported the adjusted earnings per share of $1.53, while adjusted revenue of $20.86 billion in the first quarter of FY 20, beating the analysts’ estimates for revenue of $20.79 billion. The revenue from Studio Entertainment revenues has come $3.76 billion during the quarter, which is up from $1.8 billion during the year ago period. The rise in theatrical revenues was on the back of the performance of “Frozen II” and “Star Wars: The Rise of Skywalker,” which both debuted late last year.

The company has posted 8% rise in the revenue from Disney’s Parks, Experience and Products segment to $7.4 billion during the quarter, while its operating income rose 9% to $2.3 billion. The segment’s operating income growth during the quarter was partially offset due to lower results at its international parks and resorts. The segment grew due to the opening of new parks and attractions, including the Star Wars: Galaxy’s Edge park and the Rise of the Resistance ride.