It seems like that the crypto market was left by the investors and traders, right now we have a low volatility and an indecision. Bitcoin has failed to resume the minor rebound and now it seems exhausted again.

I’ve told you in the previous reports that the Bitcoin could start a broader sell-off if it will fail to move higher in the upcoming days.  If you’ll take a look on the previous reports on Bitcoin, Ethereum, Litcoin, Ripple, EOS, you’ll notice that I’ve talked about important upside movements, but only if my conditions are met, otherwise you should stay away for now and wait for fresh trading signals. 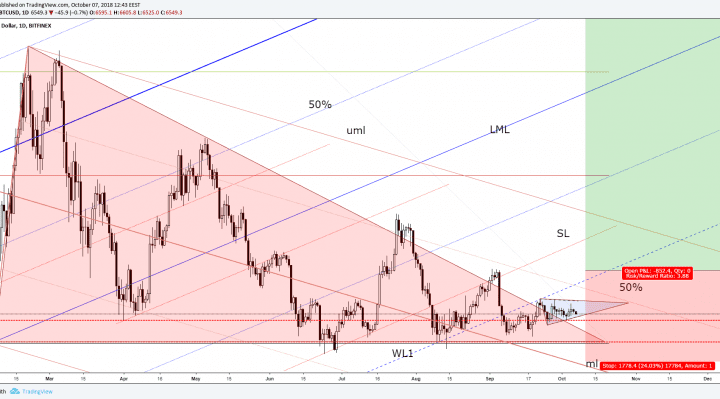 Bitcoin has developed a minor chart pattern on the Daily chart, so you should wait for a breakout to see the potential direction. Price has failed to reach and retest the upside line of the minor pattern and now is almost to reach the downside line. It continues to stay above the 6425 static support and much above the 6000 psychological level.

I’ve said in the previous weeks that we need a bullish momentum very quick because the rate could drop again if it continues to stay near the current levels. If you’ll take a look at the previous reports on Bitcoin you’ll notice that I’ve said that this could still be a temporary rebound and only a valid breakout above the 50% Fibonacci line of the descending pitchfork and above the WL1 could signal a larger upside movement. 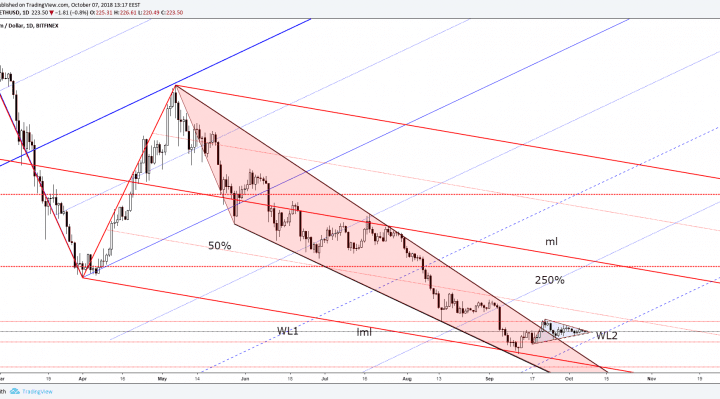 Ethereum has developed a minor chart pattern as well. It has failed to make a valid breakout from it and now could challenge the downside line. I’ve told you in the last weeks that the rate could still approach and reach the second warning line (WL2) of the former ascending pitchfork despite the valid breakout from the former Falling Wedge. Personally, I would have liked to see a drop towards the lower median line (lml) of the descending pitchfork before the rate would have started an important upside movement. A drop followed by a failure to retest the lower median line (lml) or a false breakdown below this dynamic support would have given us a great buying opportunity. 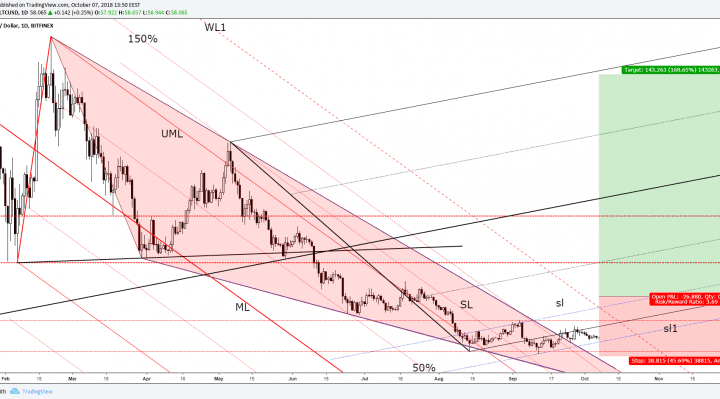 LTC/USD is also trapped between the 49.144 and the 69.374 levels, so maybe it will be better to stay away and wait for a valid breakout from this extended sideways movement. 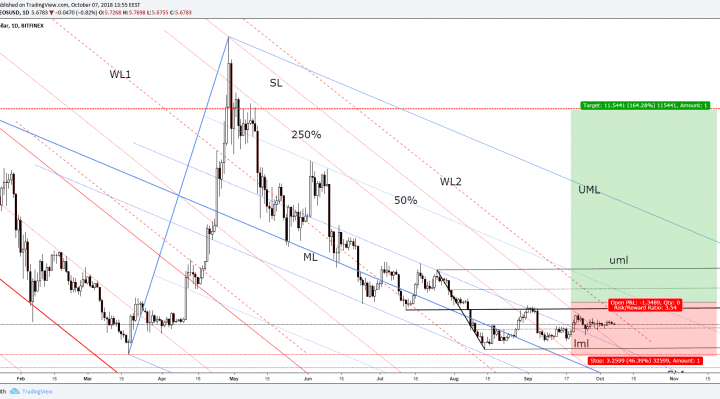 I want to remind you that we may have a potential upside movement if the rate will make a valid breakout above the median line (ml) of the minor ascending pitchfork and above the upside 50% Fibonacci line of the major descending pitchfork.

A potential drop could come if the rate will fail to approach and reach and retest the median line (ml) again.

If the Bitcoin will drop again in the upcoming period, it will force the crypto market to crash and the cryptocurrencies will start a significant sell-off and many crypto and projects will die.