Deere & Company (NYSE:DE) stock rose 5.03% (As on November 24, 7:43:46 AM UTC-4, Source: Google Finance) after the company reported better-than-expected fiscal fourth-quarter results as price increases helped lift sales, while the company provided an upbeat outlook for the ongoing financial year. Sales of production and precision agriculture equipment soared 59% to $7.43 billion, while small agriculture and turf equipment sales gained 26% to $3.54 billion and revenue in construction and forestry rose 20% to $3.37 billion. All three segments benefited from higher shipment volumes and price hikes, according to the company. Financial services net income totaled $232 million, up from $227 million in the 2021 quarter. 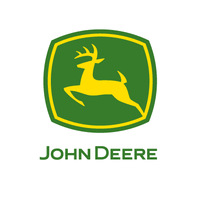 Production and precision agriculture sales are expected to increase between 15% and 20%, while revenue in the small agriculture and turf segment are set to be flat to up 5%. Construction and forestry sales are anticipated to climb about 10%. The company anticipates foreign-currency translations to have a negative impact on all divisions. Financial services net income is set to be at $900 million.