The company has reported net income of $918m (£664m) in the three months, compared to a loss of $4.72bn (£3.4bn) in last year’s fiscal third quarter. Disney World in Florida has been open since last summer; California’s Disneyland only came back at the end of April. Disney ended the second quarter with 116 million Disney+ subscribers, about double the number from a year ago, and about 174 million streaming subscribers including Disney+, ESPN+ and Hulu. Disney+ launched in the UK in March last year, about four months after it launched in the US and Canada, where it had more than 10 million subscribers sign up on its first day. The company said it expects up to 260 million subscribers by 2024. 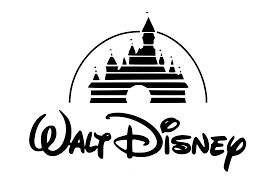 The revenue in the parks and products division surged to $4.3 billion from $1.1 billion a year ago, as theme parks closed last year were open for part or all of this year’s quarter. The revenue at Disney’s media and entertainment distribution division, which includes the streaming services, the TV networks and the company’s huge movie business, grew 18% to $12.68 billion. Linear Networks revenues for the quarter grew 16% to $7 billion, and operating income declined 33% to $2.2 billion. Domestic Channels revenues for the quarter rose 13% to $5.6 billion and operating income declined 37% to $1.8 billion. The decline in operating income was due to a decrease at Cable and to a lesser extent, at Broadcasting. The decrease at Cable was due to higher programming and production costs and to a lesser extent, an increase in marketing costs, partially offset by higher advertising and to a lesser extent, affiliate revenue. The rise in programming and production costs was driven by the return of live sports events, which were canceled or delayed in the prior-year quarter due to COVID-19, driven by the NBA and MLB.