FedEx Corporation (NYSE:FDX) stock fell 1.72% (As on September 23, 11:37:14 AM UTC-4, Source: Google Finance) after the company posted weaker-than-expected fiscal first-quarter results, though pledged to speed up costs and hike shipping rates to offset the impact slowing global growth on shipping volumes. The company, however, announced a plan to accelerate its cost cutting efforts and hike up shipping rates. FedEx Express, FedEx Ground, and FedEx Home Delivery rates will increase by an average of 6.9% from January. FedEx Freight rates will increase by an average of 6.9% to 7.9%.  In fiscal 2023, the company expects to generate total cost savings of $2.2 billion to 2.7 billion, with about $300 million of these savings realized approximately in the first quarter and approximately $700 million in savings expected to realized in the second quarter. By fiscal 2025, meanwhile, the company said it expects to generate approximately $4.0 billion in incremental annualized cost savings across its existing network. 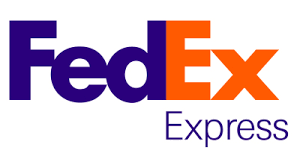 Meanwhile, the company has launched a comprehensive program in support of its “Deliver Today, Innovate for Tomorrow” strategy. In addition to the cost savings detailed above, by fiscal 2025 the company expects to generate approximately $4.0 billion in incremental annualized cost savings across its existing network.