Why Gilead Sciences, Inc. (NASDAQ: GILD) stock is under pressure

Gilead Sciences, Inc. (NASDAQ: GILD) stock fell after the in the fourth quarter of FY 17 results. The company has reported the net loss of $3.9 billion, compared to net income of $3.1 billion for the same period in 2016. The net loss for the fourth quarter has included an estimated $5.5 billion charge related to the enactment of the Tax Cuts and Jobs Act (Tax Reform). 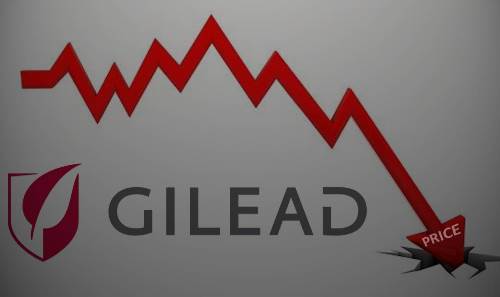 Additionally, in the fourth quarter the R&D expenses had fallen primarily due to the 2016 impacts of impairment charges related to IPR&D, ongoing milestone payments, up-front collaboration expenses related to Gilead’s license and collaboration agreement with Galapagos NV and Gilead’s purchase of Nimbus Apollo, Inc., partially offset by GILD’s purchase of Cell Design Labs in 2017. SG&A expenses grew in the fourth quarter primarily due to acquisition-related costs associated with GILD’s acquisition of Kite.