GameStop Corp. (NYSE: GME) stock surged 25.31% on December 22nd, 2020 (Source: Google finance) after the company’s filings revealed that major shareholder Ryan Cohen has increased his stake in the company. Cohen was the co-founder of Chewy, a successful pet e-commerce company. Previously he owned about 10% of GameStop, but he just revealed his stake has increased to 12.9%. In the filing, which is mandatory for anyone who owns this much of a company’s stock, Cohen said he’s looking for an “amicable” solution, but also said he won’t hesitate to take any actions believed necessary “to protect the best interests of all stockholders.” GME stock has fallen a lot. Now short-sellers are undoubtedly reevaluating their short thesis and Cohen is getting more forceful with GameStop’s management.

On the other hand, the company recently announced new shipments of the highly coveted PlayStation 5 and Xbox Series X consoles, sending customers flocking to stores. The latest generation devices from Sony Corp. and Microsoft Corp. have been in short supply since their release last month, leaving gamers everywhere eager for the latest restock. The factory and logistical disruptions during the pandemic have hurt Microsoft and Sony’s ability to keep up with demand ahead of the holiday season. Both consoles sold out on the first day of their launch. 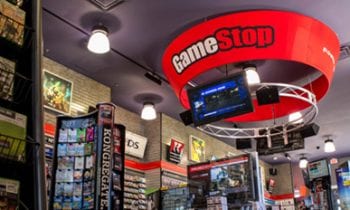 Meanwhile, for the third quarter of 2020, the company reported 30.2% fall in the net sales to $1,004.7 million from the fiscal 2019 third quarter.  This is on back of the impact of operating during the last few months of the seven-year-long current generation console cycle and the subsequent limited availability of hardware and accessories, the unplanned shift of software titles later into the fourth fiscal quarter, and in some cases, into fiscal 2021, an 11% reduction in the store base, as part of the Company’s de-densification strategy, partially offset by recaptured sales through the transfer to neighboring locations and online and 24.6% fall in the Comparable store sales. Though, Global E-Commerce sales increased 257% and are included in comparable store sales

Additionally, due to the uncertainty around the duration and evolving impact of COVID-19, the Company had suspended its guidance, however it expects to realize positive comparable store sales results and profitability in the fiscal fourth quarter.  For fiscal November 2020, comparable store sales grew 16.5% and total net sales were $791.1 million compared to $747.6 million in fiscal November 2019.