London Stock Exchange is getting a new Chief Executive Officer (CEO) after searching for six months. He is David Schwimmer – a Goldman Sachs banker.  Schwimmer replaces Xavier Rolet, who was pushed out of his position in November 2017. Many people feel optimistic with the new CEO, as he has been working at the Wall Street firm for more than 20 years. The 49-year-old American will join LSE in August this year.

The London’s most prestigious institution had been in turbulence during the last several months. Solving the problem will be Schwimmer’s first task at London Stock Exchange. There have been some conflicts after Rolet’s departure was officially announced in October 2017. One of the biggest shareholders at LSE, namely TCI Fund Management, accused the board of management of forcing Rolet out due to the investors’ interests.

The dispute between shareholders and management emerged after Rolet agreed to leave LSE in November. Then, LSE announced that Donald Brydon (the chairman) would not participate as a candidate for re-election after 2019.  With the new CEO, Brydon will likely face easier ride at the annual general meeting, which is scheduled at 24 April 2018. However, TCI Fund Management did not provide any comment on the appointment of David Schwimmer. 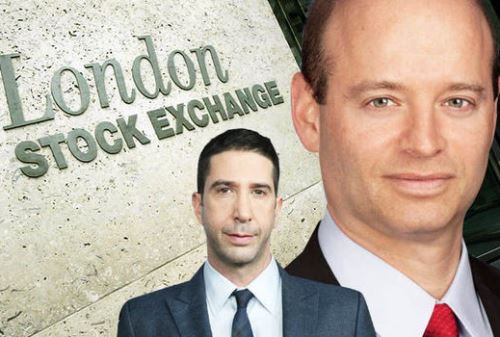 Another task at his hand is defending LSE’s position as the biggest clearing house in the world. The institution is facing harder competition from European exchanges, such as Germany’s Deutsche Borse. LSE controls London Clearing House, which manages about three-quarters of derivative clearing market.

LCH acts as an intermediary between sellers and buyers of complex contracts. If London loses its responsibility and control over the clearing contracts after Brexit, then thousands of city jobs will be at risk of disappearing. Even though the competition is actually not so fierce, as few exchanges could manage the business, Schwimmer has to work hard, of course.

Who is Schwimmer, The New CEO of London Stock Exchange

Actually, Schwimmer is not the firts Goldman banker, who leads LSE. The former CEO, Rolet, was also a banker at Goldman before he left in 1994. David Schwimmer is a graduate from Yale and Harvard University. He spent 7 years at advising exchanges and stockbrokers at Goldman. Then, he was appointed as a chief staff for Lloyd Blankfein, who was chief operating office at the bank. In 2006, Schwimmer ran Goldman’s business division in Russia. He ran the business until 2009, when he became the head of metals and mining.

In 2017, Schwimmer was also heading market structure business at Goldman in return to advising exchanges. With experience in banking industry and investment banking career, Schwimmer would be able to manage capital markets in both developed and developing markets. Brydon is optimistic about this since Schwimmer is known as a robust intellect. He is also great in partnership with colleagues as well as clients.

Now, London Stock Exchange is temporarily led by David Warren, who serves as interim chief executive after Rolet departed in November last year. Warren is a chief financial officer at LSE, and he will return to his job after Schwimmer joins.