Microsoft Corporation (NASDAQ: MSFT) stock rose over 2.3% on 30th January, 2020 (As of 11:00 am; Source: Google finance) after the company posted better than expected results for the second quarter of FY 20 driven by the growth of Azure cloud computing services despite a pitched battle with Amazon.com Inc’s cloud unit. Microsoft’s Azure, which is the primary competitor to Amazon’s cloud, posted growth of 62 percent in the quarter, also up from 59 percent in the fiscal first quarter. The company has reported 37% increase in the non-GAAP net income to $11.6 billion. 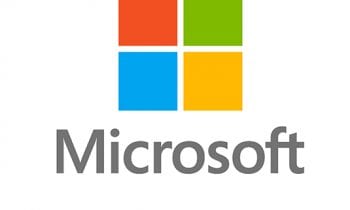 MSFT in the second quarter of FY 20 has reported the adjusted earnings per share of $1.51, beating the analysts’ estimates for the adjusted earnings per share of $1.32, according to IBES data from Refinitiv. The company had reported the adjusted revenue growth of 14 percent to $36.9 billion in the second quarter of FY 20, beating the analysts’ estimates for revenue of $35.7 billion. The Company posted the gross margin percentage of 67 percent, up 5 points year over year, due to favorable sales mix and improvement across all three of our segments. In the quarter, gross margin percentage expanded due to lower console sales, stronger than expected software licensing results, and improvement in the commercial cloud gross margin percentage.

Moreover, the Revenue from Productivity and Business Processes grew 17% to $11.8 billion, and 19% in constant currency, ahead of expectations, due to both the commercial and consumer businesses. Office commercial revenue grew 16% with roughly 3 points of on-premises benefit, mainly from transactional strength in Japan. Office consumer revenue grew 19% due to growth in Office 365 subscription revenue. LinkedIn revenue grew 24% due to continued strength across all businesses, highlighted by Marketing Solutions growth of 42%. The Intelligent Cloud segment revenue rose 27% to $11.9 billion. In Gaming, revenue declined 21%, which is in line with expectations, due to lower console sales as the company approach the next Xbox launch.

Additionally, the company has returned $8.5 billion to shareholders in the form of share repurchases and dividends in the second quarter of fiscal year 2020.

Meanwhile, MSFT announced AI for Health, a new $40 million, which is a five-year program and the part of the AI for Good initiative. This will use artificial intelligence (AI) technology for empowering the researchers and organizations to address some of the world’s toughest challenges in health