Scholastic Corp (NASDAQ:SCHL) stock fell 10.04% (As on September 23, 11:38:48 AM UTC-4, Source: Google Finance) after the company in the first quarter of FY 23 has reported an 82% decline in fiscal first quarter operating income and 74% lower earnings before taxes. Revenues increased 1.2% to $262.9 million, driven primarily by higher Book Fairs revenues partially offset by lower revenues in Education Solutions, compared to the prior year period, which partially benefited from the timing of shipments related to the pandemic. Operating loss increased $26.1 million to $58.1 million while Adjusted EBITDA loss (a non-GAAP measure of operations explained in the accompanying tables) increased $22.6 million to $35.6 million. As expected, the increase was primarily driven by the lower sales in Education Solutions which resulted in an $11.6 million increase in the operating loss. The remaining increase was driven by higher cost of goods sold, primarily reflecting increased freight costs in the trade channel. Higher cash used by operating activities of $123.9 million and free cash use (a non-GAAP measure of operations explained in the accompanying tables) of $125.6 million versus the prior period were primarily driven by a $77.3 million increase in inventory purchases to offset long lead times related to continuing global supply chain challenges and to meet expected demand. Product costs also continue to increase, primarily in freight charges, impacting inventory purchases. Free cash use was also impacted by the $63.1 million federal income tax refund and the $6.6 million in insurance recoveries received in the prior fiscal period, partially offset by $39.6 million in higher customer remittances. 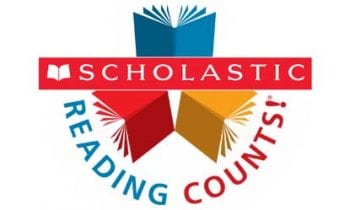 Moreover, Book Fairs revenues increased $12.3 million to $28.3 million, primarily due to increased shipments related to reward redemptions. Trade revenues were relatively flat during a quiet quarter at $90.1 million, a decrease of $2.9 million, versus a tough comparison to the prior year, which benefited from the successful release of the limited edition foil covers for Dog Man. y, International revenues increased $5.8 million to $65.0 million, primarily driven by the performance of the trade and book fairs channels in the Australia and Canada markets.

The Company has affirmed its guidance for fiscal year 2023 for revenues to increase 8% to 10% and Adjusted EBITDA (as defined in the accompanying tables) of $195 million to $205 million, up from $189 million in fiscal 2022, with the greatest contribution expected in the seasonally important second and fourth fiscal quarters.