Cantel Medical Corp. (NYSE: CMD) stock fell over 2.2% on 11th December, 2019 (as of  9:50 am GMT-5; Source: Google finance) post the first quarter of FY 20 output. Hu-Friedy is undergoing in full swing. In the Life Sciences segment, the revenue had fallen 1.1% organically and 5.2% on a reported basis on the back of the sale of the Canadian high purity water business in the base period. 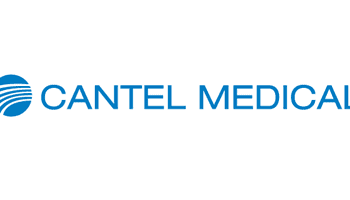 In the quarter, Dental was the strongest performer as it posted the growth of 12% organically and 76.3% on a reported basis. The company had closed the acquisition of Hu-Friedy on October 1st and the integration of Crosstex.  The Medical segment grew organic revenue 5.7% in the quarter compared to a year ago. Cash flow from operations came in at $8.9 million. The company has ended the first quarter with $49.3 million in cash and cash equivalents and $266.3 million in working capital. With the Hu-Friedy acquisition, the company’s gross debt ended the quarter at $911.1 million, while net debt is $861.8 million. The net debt to adjusted EBITDAS ratio stood at 4.73, which is similar to the working capital.

The company has expanded the non-GAAP gross margins by 60 basis points year-over-year. On a non-GAAP basis, the operating profit rose 16.1% year-over-year to $42.5 million, while Hu-Friedy accretion contributed to this increase. The adjusted EBITDAS came in at $51.3 million, which was up 14.6% year-over-year. Non-GAAP effective tax rate came in at 25.9% as compared to the prior year rate of 25% with the increase mainly due to the changes in the valuation allowance associated with non-US denominated losses and again, due to increased non-US tax exposure with Hu-Friedy’s international operations.

CMD has affirmed the non-GAAP EPS guidance for the fiscal year to be in the range of $2.78 to $2.83 which includes the impact from Hu-Friedy