Airbnb Inc.(NASDAQ:ABNB) stock fell over 1.7% on August 13th, 2021 (as of 11:15:57 AM UTC-4 · USD; Source: Google finance) after the company’s lower than expected performance as they warned about expected volatility from the Covid delta variant.

Active listings have been roughly stable throughout the health crisis and grew during the second quarter, especially in non-urban destinations across Europe and North America. Airbnb drew plaudits, however, for shifting its focus quickly to local and long-term rentals, attracting people looking for accommodations to rent for remote working or which did not require flying. Airbnb’s sales and marketing expenses for the second quarter rose by 175% year over year, to reach $315 million. The rise in marketing expenses is due to its Made Possible by Hosts campaign. Airbnb had warned in February that it expected its sales and marketing expenses as a percentage of revenue in the first half of 2021 to be higher than that of the second half. Gross booking value, Airbnb’s way of tracking host earnings, service fees, cleaning fees and taxes, were of total $13.4 billion, up 320% year over year and above the $11.56 billion FactSet consensus. Airbnb’s net loss narrowed to $68 million for the second quarter, down more than 88% from a net loss of $575.6 million a year prior. The adjusted EBITDA profit was $217 million, which represents a 16% EBITDA margin. This was more than $600 million of improvement in EBITDA from a year ago and it represents 20% or 2,000 basis points margin expansion from 2019. 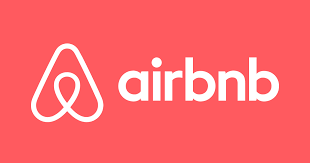 ABNB in the second quarter of FY 21 has reported the adjusted loss per share of 11 cents. The company has reported 83.1 million nights and experiences booked, up 29% from the first quarter and up a whopping 197% year over year after the travel industry collapsed a year ago amid the Covid-19 pandemic. The analysts polled by StreetAccount had expected 79.2 million nights and experiences booked. The company had reported the adjusted revenue growth of about 300 percent to $1.34 billion in the second quarter of FY 21, beating the analysts’ estimates for revenue of $1.26 billion forecast by Refinitiv.

Additionally, the company has declared a quarterly dividend of US$0.13 per share, payable on September 29, 2021 to shareholders of record as at the close of business on August 31, 2021.

The company said that although it expects the third quarter to deliver its strongest quarterly revenue on record, it expects Q3 nights and experiences booked to be below that of Q2 and Q3 2019. Airbnb said vaccination progress and containment of new variants will be variables that impact how the company performs in the fourth quarter.