Peloton Interactive Inc (NASDAQ:PTON), the interactive home fitness company, is planning to raise a $1.33 billion IPO. The New York-based company expects to offer 46 billion shares, including underwriters’ option, at between $26 and $29 per share, which would give it a $9 billion market cap. The company was most recently valued at $4.15 billion, as per the data provider PitchBook. Peloton intends to use funds from the offering to run its operations, invest in marketing and acquire new technologies. Goldman Sachs, J.P. Morgan, BOfA Merrill Lynch, Barclays are among the underwriters to this IPO. The company intends to list its stock on the Nasdaq Global Select Market under the ticker symbol “PTON”. 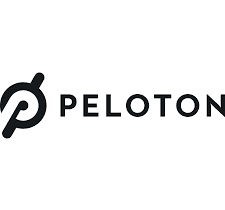 The company designs in-home fitness equipment and connects its more than 500,000 subscribers with instructors and other participants around the world. In its 2019 fiscal year, the company saw sales more than double to $915 million on the back of a subscriber base that accounts for 20% of revenue. Peloton had posted a net loss of $195.6 million in FY19, compared to a $47.9 million net loss the year before.

Moreover, the gross margins had topped 40% for both its product and subscription services, Peloton’s net losses grew at an even greater rate than its revenue in 2019, due to an increase in spending on sales and marketing as well as general and administrative costs. The net losses attributable to common shareholders was even higher in 2017 and 2019 on the back of the exercise of shares and convertible debt in those years.

Further, Peloton had disclosed that its total costs for licensing music over the period of last three years were of $50.6 million, and had three long risk factors related to its ability to properly license the music. This is more risks than it disclosed for cybersecurity and data-management (one apiece). Furthermore, the company was sued by a consortium of music-publishing companies in March seeking $150 million in damages, injunctive relief and attorneys’ fees etc. Peloton has responded by alleging the publishing companies and National Music Publishers’ Association Inc

Additionally, the company plans to have a dual-share structure in which early investors receive shares with 20 votes to only one vote for holders of common stock. Foley owns 6% of the company ahead of the offering, the most of any executive officer, President William Lynch owns 3.1% and CFO Woodworth has 1.5%. The largest holder of Peloton stock ahead of the IPO is Tiger Global, which owns nearly a fifth of the company at 19.8%.