A global currency is one that is accepted throughout the world for trading purposes. Currently international currencies such as the Euro, the yen and the US dollar are accepted for many commercial transactions throughout the world. However, it is seen that the US dollar is more widely used than any other currency. A majority of the 185 currencies that exist in the world today are mainly used in their respective nations. Though each of these currencies has the chance to make to the position of the world’s reserve currency and replace the US dollar, given below are a few reasons why the chances for doing so are weak.

Whereas cash is just one means of indication of the US dollar’s role as world currency, countries’ output measured as Gross Domestic Product (GDP) is another major indicator. The countries are those that have pegged their national currencies to the US dollar. The US dollar is also prominently traded in the foreign exchange market. More than a third of the world’s debt is issued as US dollars. Foreign banks use dollars to conduct their businesses. It has been estimated that in the second quarter of the year 2016, more than 60% of the world’s currency reserves are being held as dollars. 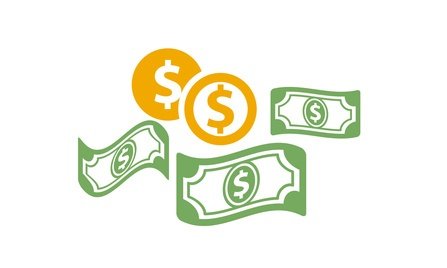 The first US dollar note bill was printed in the year 1914. It was when the Federal Reserve Bank was created. However, today, the USD is the world’s reserve currency in about six decades’ time. The Federal Reserve Bank came into existence as per the Federal Reserve Act (1913). Earlier to this, the notes that were used were the ones issued by different individual banks. As was natural, there was a great deal of instability and unreliability during these times.

Although those years saw the United States overtake Britain as the largest economy in the world, Britain continued to remain a major commercial power. A majority of the transactions happened using British pounds. Owing to currency instability, many developed nations of the time pegged their currencies to gold. At the break of World War I in 1914, these developed nations paid off military expenses using paper money by abandoning the gold standard and this move ended up devaluing their regular currencies.

How The USD Moved Up In Stature

About three years after the World War I started, Britain found itself in a position when it had to borrow money. This was a country that had rigidly held on to the gold standard. The main lender for any country that was willing to purchase dollar-denominated bonds was United States. Britain let go of the gold standard in the year 1919.This in turn ruined the bank accounts of those traders that transacted in pounds. It was around this time that the US dollar replaced the British pound as the world’s leading cash reserve currency.

The United States entered the World War II much after it started, like it did in World War I. Before taking part in the war, United States became the largest supplier and proprietor of arms, goods and war supplies. The payments for all of these were collected in the form of gold. Because of this, as the war ended, United States ended owning a vast majority of the world’s gold. This barred many countries from returning to the gold standard that they maintained before the start of the war. This was because most of their gold reserves were depleted.

In the year 1944, 44 Allied countries’ delegates met in New Hampshire to decide on a new mode of foreign exchange so that any single country is not disadvantaged. After much deliberation it was decided that other currencies could be linked to the US dollar instead of gold. The US dollar was by itself linked to gold. This agreement was called the Bretton Woods Agreement and as per this agreement it was given to understand that the central banks of the different nations were to maintain specific exchange rates of their currencies with the US dollar. The United States in its part would exchange US dollars for gold when demand arose. Countries that had currency values which were either too weak or too strong against the dollar either bought or sold their currency in order to regulate the supply of money.

The Bretton Agreement ended up in giving US dollar the status of world’s reserve currency. Whereas the United States had the largest stockpiles of the world’s gold, the other countries ended up having stockpiles of the US dollar. Finally, when looking for a safe place to store the dollars, many countries ended up buying Us Treasury securities which they believed is a safe place to store the dollars. This naturally created a demand for the securities. The growing demand for securities and necessity to finance the Vietnam War also made United States flood the market with more dollars. This forecast some instability of the dollar and so, once again, countries started to convert reserves back into gold. This caused an increase in the demand for gold to such an extent that the president, Mr. Richard Nixon, took steps to delink gold and the dollar. This eventually resulted in the floating exchange currency rates that we have till today.

Through different stages of monetary inflation and deflation that the world has seen, the US dollar still remains ad the world’s reserve currency. This is dependent on different factors such as the extent to which the US financial markets are dominant in the world scene and the strength of the United States’ economy. In spite of the fact that the United States is riddled with debt of trillions of dollars, there has been large amounts of deficit spending and uncontrolled printing of dollar notes, the US Treasury securities are still thought of to be the safest place to store money. This is reflection of the confidence that the world has United States’ ability to pay off all existing debts. All these factors make the US dollar the most exchangeable currency in today’s world.