Disney and Yuan to drag the market lower

Meanwhile, the market return to uncertainty after PBOC announces Yuan midpoint at 6.9996. It is weaker than the market expectation and rising question about China’s intention. At the current time, DJIA falls nearly 200 points and indicating a lower open. 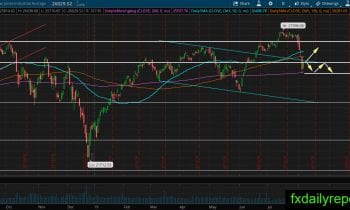 A bounce from the daily SMA 200 establishes a DJIA range between SMA 100 and 200. At the current time, the index is testing 26,000 and top of channel resistance. No clue on the next direction which suggests traders stay sideline for now. The development of trade war between the U.S and China still play a major influence on the index direction. 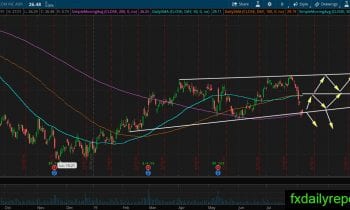 JD located at a critical point, the daily SMA 200 and the trendline. If the share prices could bounce from both support levels then JD expected to continue its uptrend. However, a major bearish close below both support levels will trigger further selling. 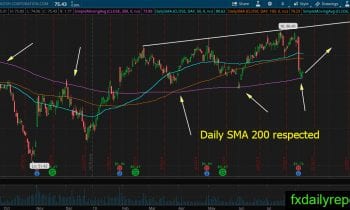 OSK retrace dropped after the earnings report and downgrade by Keybanc. The share prices fell toward the daily SMA 200 and found support. In the past, the share prices respected the SMA 200 most of the time. This time, there is no breakout below the averages yet and OSK has a chance to bounce from it. Will a bounce happens and OSK return to bullish trend?