U.S stock futures pointed lower ahead of the weekly close

This week has been a volatile week as predicted. DJIA index trading lower sharply at the beginning of the week but managed to recover after the Fed FOMC meeting. We could see the index trading above the weekly opening level which means there is the possibility of a bullish close.

There is a crackdown on cryptocurrencies done by China which dampens the sentiment overnight. Traders and investors will continue waiting for Evergrande’s development which could cause a major sell-off in the market. 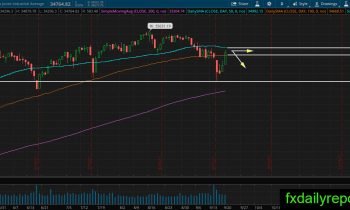 DJIA index made recovery after the bounce from the horizontal level and closed between the daily SMA 50 & 100. At the current time, the index futures are lower 167 points and indicate a test on the daily SMA 100. Will the index maintain the close between the two averages or will it resume the bearish movement to target daily SMA 200? 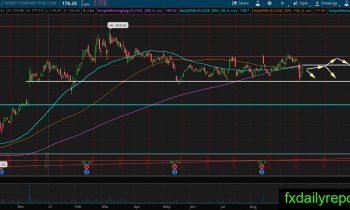