Brookfield Asset Management Inc (NYSE: BAM) stock rose over 0.03% on August 13th, 2021 (as of  11:10:05 AM UTC-4 · USD; Source: Google finance) though the company in the second quarter of FY 21 has reported the net income, which also included investment gains, of US$2.43 billion, compared to a US$1.49 billion loss last year. The company reported the earnings from investors’ fees, an important component of its overall profits, rose to US$48 million in the second quarter from US$324 million in the same period last year. As a result, the distributable earnings continue to show strong growth, recording $1.2 billion for the second quarter, and $6.3 billion over the last twelve months, which represents a 108% increase over the comparative period. The strong performance in the quarter is driven by a 49% increase in fee-related earnings, continued carried interest realizations, increased distributions from the principal investments, and disposition gains recognized on the principal investments. 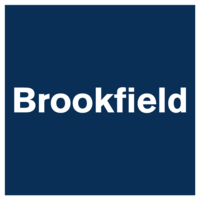 Moreover, the inflows during the second quarter totaled $8 billion, across several of the perpetual and long-term fund strategies, as well as a first close of our latest real estate debt fund and further capital raised for the Special Investments strategy. The company also currently has approximately $32 billion of additional committed but un-invested capital across the strategies that will earn approximately $320 million of fees annually once deployed. Subsequent to quarter end, the company held first closes for the new Global Transition Fund at $7 billion and the fourth flagship strategic real estate fund of $9 billion.

Further, at the end of the second quarter, Brookfield spun out its new insurance business, Brookfield Asset Management Reinsurance Partners Ltd., and this week announced the venture would make its first big acquisition, a US$5.1-billion purchase of Texas insurer American National Group Inc. The new reinsurance enterprise already holds Brookfield’s pension-risk-transfer business, begun in 2016, and has a deal to buy up to US$10-billion in annuities from American Equity Investment Life Holding Co. With two large acquisitions in recent months, the fifth private equity flagship fund is over 75% committed which means the company will be shortly launching the sixth vintage fund. The infrastructure fund is also making great progress on deployment and is approximately 70% invested or committed. The company expects to launch the next vintage for this strategy by the end of this year or early in 2022.