Genworth Financial Inc (NYSE: GNW) stock is facing volatility as they announced another extension to its proposed deal to be acquired by China Oceanwide Holdings till September 30, 2020, which is the fifteenth time the two companies have extended the deadline to complete a deal originally announced in 2016. However, this extension also lays out the terms to call the deal off, which led to the fall of shares. If the merger agreement is not met, Genworth can terminate the deal by August 31, 2020. As a result, the company is moving forward with plans to deal with its near-term liabilities and financial obligations, including the liabilities arising under the pending AXA litigation and about $1 billion in debt maturing in 2021, and maximize shareholder value. Further, Genworth expects the steps taken to reduce the debt will also include a debt offering in the near term and also taking the necessary steps to launch a 19.9 percent IPO of its U.S. Mortgage Insurance business, subject to market conditions, in the event the China Oceanwide transaction is terminated. 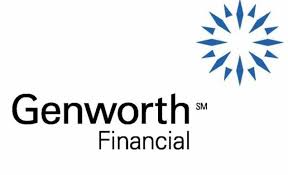 Moreover, the extension gives Oceanwide Holdings Group Co., Ltd. additional time to finalize the financing for the transaction purchase price of $5.43 per share, which may include debt funding of up to $1.8 billion through Hony Capital and/or other third parties for the acquisition of Genworth.  Oceanwide has indicated that the financing has been delayed due to the COVID-19 pandemic and uncertain macroeconomic conditions.

Meanwhile, the merger deal had previously received all U.S. regulatory approvals needed to close the transaction, which is subject to confirmation from the Delaware Department of Insurance that the acquisition of Genworth’s Delaware-domiciled insurer may proceed under the existing approval, which Oceanwide expects to seek upon finalization of its financing. Genworth has also withdrawn and refiling its FINRA continuing membership application due to the passage of time. Oceanwide also requires to receive authorization for currency conversion and transfer of funds from SAFE.

In addition, GNW in December 2019 had completed the sale of the majority stake in its Canadian mortgage insurance company, which was required by Canadian regulators before Oceanwide could acquire Genworth.

If the deal goes forward, there is significant upside for shareholders. Genworth shares are currently trading at less than $2 apiece, which is far below the $5.43 per share offer price. Therefore there is a pretty clear indication that the investors are not anticipating a happy ending.