Progress said its board has authorized a 6% increase in the company’s quarterly dividend to 16.5 cents a share, which will be payable on December 16 to shareholders of record December 2. 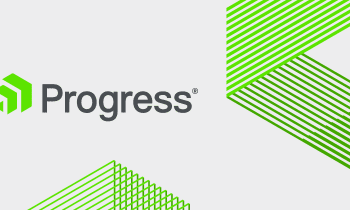 On the other hand, PRGS has recently released Progress Kendo UI, the most complete UI toolkit for web development. The Kendo UI library has enhanced its support for Angular with new components as well as new features to existing components, designed to help developers build impressive Angular applications in record time. The Progress KendoReact library expansion in an ongoing effort, to provide not only the most advanced UI library for React, but also the most accessible. native UI components for React includes the TreeList component, which enables users to combine the hierarchical view of a TreeView with the column structure of the Grid. This will give a powerful and unique way to display data with a parent-child relationship. The Scheduler component, which brings an interface similar to those found in Google Calendar and Outlook to React applications. The developers can add event scheduling and manipulation, resource management, and customization of specific dates or date ranges that should be displayed at once. The ColorPalette component gives a sleek way of letting users select colors from a predefined list.