Wyndham Hotels & Resorts Inc (NYSE: WH) stock surged over 10% on 5th May, 2020 (as of 12:43 pm GMT-4; Source: Google finance) after the company posted better than expected results for the first quarter of FY 20. The company has reported 8% increase in the adjusted net income to $47 million. At the end of March, 2020, the Company had $749 million of cash on hand and $2.9 billion of debt outstanding, out of which $2.4 billion was first lien debt. 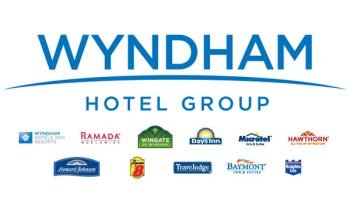 Moreover, during the first quarter of 2020, the Company had opened 58 new hotels of total 6,200 rooms, a year-over-year, which is a decline of 47% as new construction openings were delayed in China and conversion volumes were significantly lower in the U.S. during March. The Company has retained 94.8% of its hotel system over the last one year compared to 94.7% during the same period last year. At the end of March, 2020, the Company’s hotel system consisted of about 9,300 properties and over 828,000 rooms, which is a 2% year-over-year increase. The Company’s development pipeline comprised of 1,500 hotels and approximately 189,000 rooms, which is a 4% year-over-year room increase, or 2% decline sequentially. About 58% of the Company’s development pipeline is international and 72% is new construction, out of which nearly 40% have broken ground.

Additionally, during the first quarter of 2020, the company has repurchased about 878,000 shares of its common stock for $45 million at an average price of $51.57 per share. The Company has suspended its share repurchase activities in March. The company had paid common stock dividends of $30 million, or $0.32 per share, in the first quarter of 2020.  Due to the significant adverse impact on the global economy and travel demand resulting from COVID-19, the Company had approved a reduction in the quarterly cash dividend policy from $0.32 per share to $0.08 per share, beginning with the dividend that is expected to be declared, at the company’s discretion, in the second quarter of 2020.