Churchill Capital Corp IV (NYSE: CCIV), stock surged 31.61% on 11th January, 2021 and continued its bullish momentum on 12th Jan, 2021 (as of 11:09 am GMT-5; Source: Google finance) rising over 11.4% after the special purpose acquisition company formed by former Citigroup banker and Wall Street veteran Michael Klein is in talks to take electric vehicle (EV) maker Lucid Motors public through a transaction that could be valued at up to $15 billion. Lucid, which is backed by Saudi Arabia’s sovereign wealth fund, is working with financial advisers. The talks are ongoing but could still fall apart. A former Citigroup Inc. rainmaker, Klein has two SPACs that are on the hunt for deals. Churchill Capital Corp IV, which is the largest one, have raised more than $2 billion last year, is the vehicle considering a deal with Lucid. Klein has played a prominent role in guiding the kingdom’s investments, serving as an adviser to its Public Investment Fund. Among other deals, he advised on the Saudi Aramco initial public offering. Last October, Klein’s previous blank-check company, Churchill Capital III, combined with U.S. healthcare company MultiPlan, raised over $3.6 billion for the provider of healthcare management solutions. 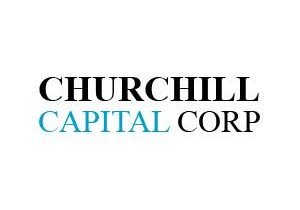 Meanwhile, Lucid is one of the more well-known EV makers not yet trading publicly. Its Lucid Air luxury sedan will be available with more than 1,000 horsepower and a battery range of 517 miles. That exceeds Tesla’s Model S maximum range of 402 miles. Lucid CEO Peter Rawlinson worked as chief engineer on the Tesla Model S sedan.  Lucid’s first manufacturing facility has been under construction in Arizona leading up to the first production of the Air this spring. The plant will have an initial annual capacity of 30,000 units, with phased expansion planned for up to 400,000 vehicles. The first model available will be the $161,500 Air Dream Edition. Subsequent models will be in production through early 2022, with the base model Air Pure listed at $69,900. The Air EV, which the company says can do more than 500 miles on a single charge, is planned to be built at a factory in Casa Grande, Arizona. Several electric vehicle makers have done transactions with SPACs as startups seek to bulk up and raise cash to compete with industry leader Tesla Inc. Lucid would be one of the most established electric vehicle companies to take this route.