Netflix, Inc.(NASDAQ:NFLX) stock fell over 5% in the pre-market session of October 21st, 2020 (Source: Google finance) after the company posted mixed results for the third quarter of FY 20. The company reported 2.2 million net new subscribers in its third quarter, after two consecutive quarters topping the 10 million mark amid shelter-in-place orders related to the COVID-19 pandemic. This is well short of the 3.32 million predicted by analysts, as well as the company’s own more conservative projection. With subscriptions slowing down, analysts have suggested that NFLX could raise prices, reflecting to recent moves to shore up its financials. This month, Netflix have stopped offering free trials in the U.S. and raised HD subscription rates in Canada, leading to speculation that it might follow suit in the U.S. The company has reported net income of $790 million in the third quarter from $665.2 million, a year earlier. 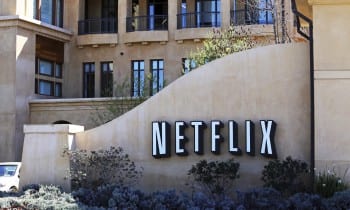 Meanwhile, NFLX greatly benefited from Americans forced to stay at home for months because of the pandemic. But as some states loosen quarantine restrictions, the company’s U.S. subscriber growth has reaching saturation. However, it is anticipated that the company will perform tremendously on upside internationally with expected significant subscriber additions abroad. As Europe and perhaps U.S. states impose lockdowns during the latest wave of COVID-19 cases, NFLX is anticipated to benefit with more viewers at home, especially amid a precipitous drop in ratings for pro sporting events, and the continuing decline of movie theaters. Netflix is also facing stiff competition from Apple Inc., Walt Disney Co., Comcast Corp., AT&T Inc., Amazon.com Inc., and others that are trying to catch up in streaming.

Netflix forecast 6 million new subscribers in the fourth quarter, which came up short of analysts’ average expectations of 6.56 million, according to FactSet.

For the full year 2020, the company forecast free cash flow to be approximately $2 billion, up from the prior expectation of break-even to positive. This change is due mainly to the higher operating margin expectation for 2020 and the timing of cash spending on content.