Qorvo Inc (NASDAQ: QRVO) stock surged over 19.9% on 1st November, 2019 (as of 1:31 pm GMT-4; Source: Google finance) after the company posted better than expected results for the third quarter of FY 19. During the second quarter, QRVO was selected by four leading China-based smartphone makers to supply PAD and other integrated solutions for upcoming 5G smartphones. For the second quarter, cash flow from operations was $173 million and CapEx was $38 million, yielding free cash flow of $135 million. 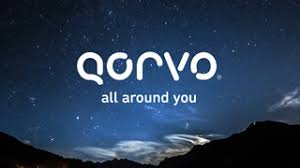 The company received Mobile revenue of $623 million for the quarter, which exceeded its expectations. IDP revenue of $184 million has declined sequentially and year-over-year, mainly due to the effects of export restrictions.

Additionally, QRVO has approved the repurchase of up to $1 billion of the Company’s outstanding common share. This new repurchase program also includes about $117 million authorized under a prior program. The company had repurchased a $165 million of share in the second quarter and the net leverage at quarter end stood at 0.4 net debt to EBITDA. After quarter end, the company issued $350 million of 10-year unsecured notes to lower its long-term cost of capital.

For the December quarter, the management currently expects revenues to be in the range of $840 million to $860 million. Adjusted gross margin is expected to be 48% and adjusted earnings to be $1.67 per share. Non-GAAP operating expenses are expected to rise in the back half of the fiscal year to range between $175 million and $180 million per quarter due to operating costs of recent acquisitions and increased product investment costs related to growth in 5G. The interest expense is expected to increase sequentially approximately $4 million.

Meanwhile, recently, the company has completed acquisition of Cavendish Kinetics, which is a leading provider of advanced technology for antenna tuning applications for $203 million and expanded its RF MEMS capabilities and technical leadership in switching and tuning.