Bitcoin Down, Gold Up as Investors await ECB Delivery

Bitcoin continues to resent bulls on Wednesday as investors braced for an easing package from the European Central Bank (ECB).

The bitcoin-to-dollar exchange rate fell to an intraday low of $9,970 around the Hong Kong noon session today. Elsewhere in the cryptocurrency market, altcoins followed bitcoin’s bearish lead, with top-ranking assets, including Ethereum, XRP, Litecoin, and Bitcoin Cash, each dropping within a range of 1-2 percent. 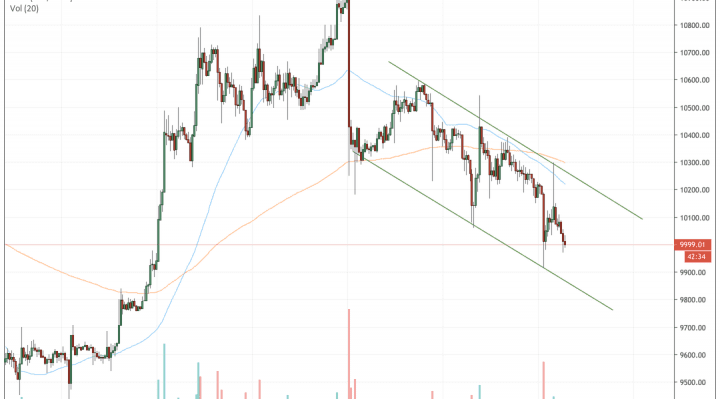 Bitcoin flirting with the $10,000 level as investors hold on to risk-on assets | Source: TradingView.com, Coinbase

The move downhill in the cryptocurrency market came on the day when investors are anticipating plenty of monetary easing from  ECB. President Mario Draghi expects to introduce fresh rate cuts and detailed plans of stimulus measures when he concludes the ECB meeting this Thursday. At the same time, investors are expecting the US Federal Reserve to take cues from their European equivalents and introduce a 25 bps rate cut after a meeting scheduled for the next week.

The sentiment was mostly visible across the Asian stock markets. In the post-noon trading, Japan’s Topix added 1.4 percent while registering a five-day winning streak. Meanwhile, the Japanese Yen slipped by a modest 0.2 percent to ¥107.73 a US dollar.

Hong Kong’s Hang Seng index gained an impressive 1.4 percent ahead of the afternoon session, supported by the rise in bank stocks. On the other hand, China’s CSI 300 dropped by 0.4 percent, its downside driven by underperforming liquor stocks.

The prospects of monetary easing in Europe sent the Gold prices higher in the early morning session on Wednesday. As of 0735 London time, the spot gold was trading at $1492.45, up 0.47 percent since the market open. At its intraday high, the precious metal was trading at $1,495.071. 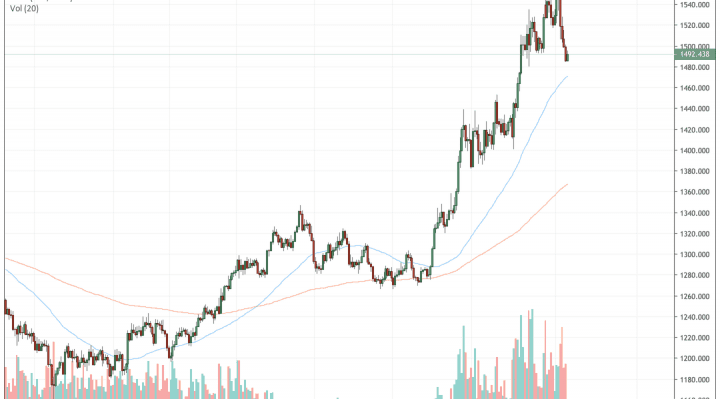 “The ECB is expected to reduce further the interest rate into negative territory… The meeting could serve as a potential catalyst (for gold), and investors are already buying into the rate cut expectations,” said Margaret Yang Yan, a market analyst at CMC Markets.

According to Anthony Pompliano, partners at US-based Morgan Creek Digital Assets, any announcement of monetary easing could benefit bitcoin as much as it could help gold. The financial analyst said in June:

Nevertheless, with bitcoin now below $10,000, a critical level in the psyche many cryptocurrency traders, an upside appears less likely to happen.