Argentina is in the grasp of recession. The South American economy is facing inflation of more than 50 percent. Its unemployment rate is shooting above 10 percent, while the purchasing power has plummeted sharply. The combination of all economic – and even political – factors has crashed the national currency Argentinian Peso by circa 30 percent.

Many believe Argentina is a Venezuela in the making. And going by how a small section of Venezuelans dumped their hyperinflated national currency Bolivar for decentralized, non-sovereign crypto-assets like Bitcoin and Dash, they believe Argentina could follow suit. The result could be more expensive cryptocurrencies.

At least that is what Anthony Pompliano thinks. The Morgan Creek Digital Assets founder, who is known for his aggressive pro-bitcoin tweets, was quick to highlight the currency crisis in Argentina. His respondents agreed.

WATCH OUT: The Argentine Peso is collapsing. Already down 25% against the USD today. (H/t @jsblokland)

Could this be the first of many to be exposed in a currency crisis? pic.twitter.com/bpv9CGhOs5

Nevertheless, another noted market analyst Alex Krüger does not follow the bitcoin maximalists. He noted that Argentinians are more likely to hedge their depleting incomes in the US dollar, not an asset whose value swings wildly every other day. Excerpts:

“Contrary to popular belief, bitcoin awareness in Argentina is extremely low (outside of the tech industry, where it is high), and the Argentine bitcoin market is accordingly small. Argentina is a quasi-dollarized economy; Argentines are obsessed with and hedge with the dollar.”

Krüger explained that bitcoin is an illiquid market in Argentina. He took his cues from Instanz, a local cryptocurrency exchange, which had a thin order book compared to its global counterparts.

“It had under 50 trades today. $BTCARS briefly traded at the equivalent of USD 28K, an anomaly caused by illiquidity, not by outsized demand,” – said Krüger. 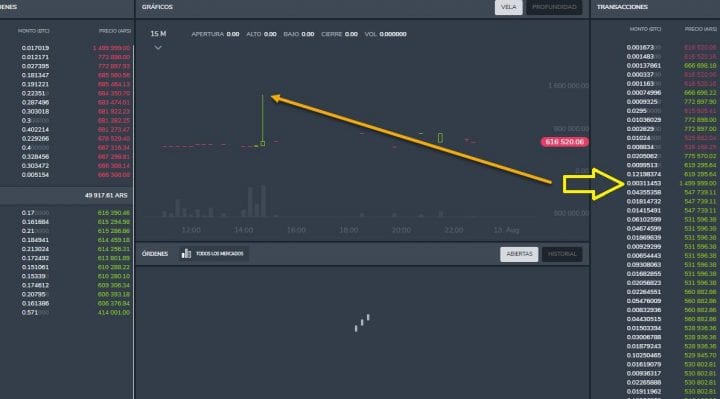 Another Argentine cryptocurrency exchange had only 19 bitcoins traded on Monday, showing that there was less demand for the cryptocurrency against a weakening Pesos market.

One could point at LocalBitcoins’ ever growing volumes. However, volume is only growing in ARS terms due to the depreciation of the peso. Volume has been dropping steadily and registered only 23 bitcoin in total last week. (would expect though a sharp increase this week) pic.twitter.com/OhRT2hHxWs