Bitcoin on Friday opened in positive territory, marking its biggest daily gain in the past two weeks.

The benchmark cryptocurrency surged by as much as 7.04 percent to establish a session high of $7,401. The upside move followed a starkly depressive action late yesterday, wherein the price fell as low as $6,854.67 (data from Coinbase). 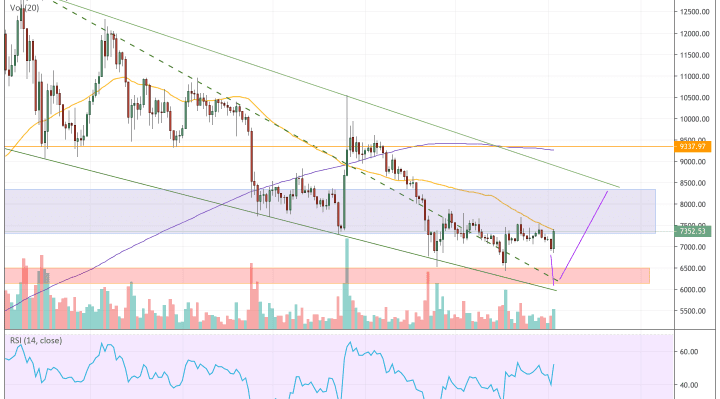 However, a macroeconomic narrative took hold of the global market’s bias, which helped bitcoin rebounding from what appeared like a strong interim bearish bias. The US on late Thursday night killed Iran’s top military official Qassem Soleimani in a drone strike. The event reignited tensions in the Middle East and raised probabilities of a full-blown military conflict between the US and Iran.

Soleimani approved the attack on the U.S. Embassy.

He was plotting to kill more Americans.

Yes he deserves to be dead. If you’re lamenting his death, you hate Trump more than a terrorist.

Bitcoin didn’t react immediately to the news of the US drone offensive. Instead, the cryptocurrency took its cue from the jumps in safe-haven assets. Its Friday gain thereby lagged that of mainstream havens by 4-5 hours.

Nevertheless, social media quickly linked the bitcoin price rise as a direct result of the escalating US-Iran military conflict. The storm calmed down when certain influencers publicly rubbished the correlation between the two events.

Peter Schiff of Euro Pacific Capital, for instance, noted that speculators drove the bitcoin prices higher, not institutional investors. Excerpt from his statement:

This is the first sensible thing I see permabear Peter say in ages.

Traders who had betted that bitcoin would fall started exiting their short positions hours after mainstream haven assets recorded fresh highs. The speculation alone protected the cryptocurrency from falling into a deep bearish pit – and the price rebounded.

Price retraced with an overshoot of the mid range and 7250 s/r.

The first sight of negative funding triggered the hunters.

The game continues but the real buyers aren’t present.