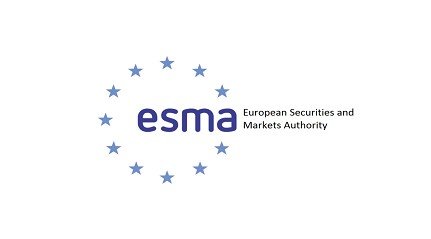 The European Securities and Markets Authority (ESMA) has issued a public notice regarding leverage restrictions on contract provisions of CFDs as well as cryptocurrencies for EU’s retail- investors . ESMA announced that this is a temporary product-intervention measure will be first published in the European Union’s official journal and it will be effective in two months for the CFDs and one month for the binary options.

CFDs product-intervention regulations consist of leverage restrictions on creation of CFD by a retail consumer from 30:1 up to 2:1 although this varies depending on the unpredictability of the underlying assets.

Other product intervention measures include:

Why the New Measure was Announced

Reports from the National Competent Authorities (NCAs) indicate that 74-89 percent of the accounts which belong to retail investors normally lose their finances on investments and although NCAs have taken the necessary measures only ESMA implements and uses high quality tools that are efficient and they offer a protection level that is common.

Application of leverage limits may also reduce the likelihood of a bigger gain and increase chances of a bigger loss. A high leverage may sometimes upsurge the probability that an investor has a deficient margin to maintain their open CFDs by causing the investors’ positions to be sensitive to small price fluctuations. The automatic-margin close-out offers a certain degree of defense for the retail investors while it depreciates, although it doesn’t get rid of the possibility that an investor may lose more than or all of their initial – margin.

It’s known that retail investors have been increasingly offered CFDs which feature misleading and aggressive marketing practices. One common characteristic of CFD sales and marketing technique is offering bonuses which attract and encourage retail-investors to buy into CFDs and such types of bonuses may distract the investors from the extremely risky characteristic of this product. Furthermore, offers to open the CFD accounts usually require the investor to give the provider a certain amount of money and to carry out a certain level of business over a specified period of time. A conflict of interest may arise between CFD providers and investors because some providers act as counterparties to the investors’ trades without protecting their exposure.

-ESMA is planning to closely monitor if retail investors are going to experience similar disastrous consequences of these products as per the basis of the pan-European. Note that the CFDs that are securitized derivatives have not been explicitly removed out of the characterization of CFDs. Although at this point ESMA isn’t familiar with securitized CFDs, the tradability and security of a trading-venue doesnt alter the main features of CFDs.

ESMA has put measures in place that will see a three-month ban on the sale, marketing, and distribution of the binary -options to the retail/individual investors because of the risks that are related to the intrinsic attributes of binary options like conflicts of interest and expected negative return which make the products to be unbefitting to the investors.

Compared other options which may have vital roles in safeguarding exposure to certain types of assets, binary options can’t meet the genuine investment needs of retail investors and they only attract gambling behaviors that are compulsive.