GBPCAD is still trending higher on its 4-hour time frame as it tests the top of the ascending channel and could be setting up for a bullish pullback. Applying the Fibonacci retracement tool shows where buyers might be waiting.

The 100 SMA is above the 200 SMA to indicate that the path of least resistance is to the upside or that support levels are more likely to hold than to break. The 100 SMA lines up with the 50% Fibonacci retracement level around the mid-channel area of interest to add to its strength as support.

A larger pullback could last until the 200 SMA dynamic inflection point that lines up with the 61.8% Fib at the 1.7200 major psychological mark. The channel support around 1.7100 could be the line in the sand for a correction as a break below this could set off a reversal.

Stochastic is heading down to show that sellers have the upper hand for now, but the oscillator is dipping into the oversold region to reflect exhaustion. Turning higher could mean that buyers are ready to return and allow the uptrend to resume to the swing high at 1.7500.

RSI has more room to move lower, so price could follow suit while bearish momentum is in play. 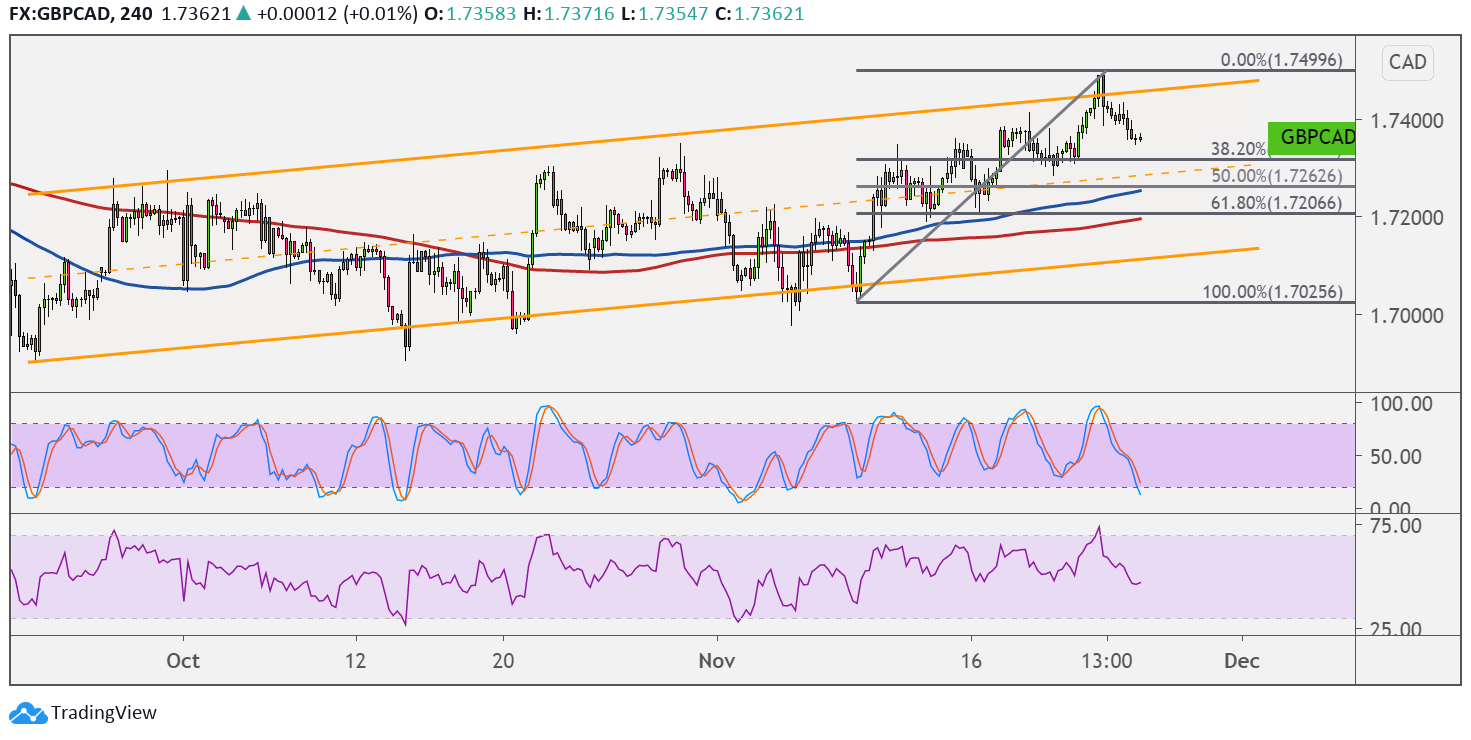 Sterling is keeping its head afloat thanks to positive expectations for Brexit negotiations. PM Johnson reportedly staged an intervention by talking to the European Commission President, likely clearing up some key issues that are keeping an agreement from happening.

Meanwhile, the Loonie is also drawing support from rising crude oil prices on the heels of positive vaccine updates. This could keep risk-taking in play as traders anticipate a return to normal business conditions soon, likely spurring demand for fuel and energy once more. However, the latest inventory report signaled a bit of oversupply, so the correlated currency’s gains might be kept in check.