What is Initial Coin Offering (ICO) and How Does it Work ?

In the past, new companies that wanted to raise the initial capital to start their business had to abide to the meticulous process usually required by banks. Nowadays, there are various alternative ways for a new firm to raise funds for a project and become appealing to potential investors, yet none seems to be getting more attention than Initial Coin Offering. But what exactly is Initial Coin Offering (ICO) and how does it work? Companies or individuals familiar with the term but unfamiliar with all the necessary details, should have the following points in mind, when considering to turn to ICO as a means of fund raising: 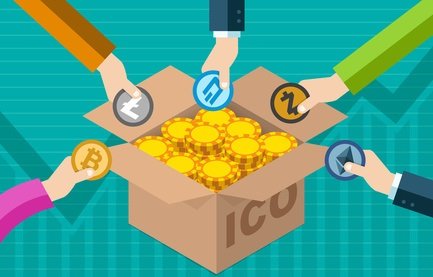 How does ICO work ?

In order to start an ICO campaign and raise funds for a project, it is vital to create a thorough plan; it is important to determine what the project will involve, what requirements it will meet when completed and how much money it will need for successful completion, In addition, it is also important to determine how long the ICO campaign will remain open to investors, what kind of cryptocurrency will be used, and what amount of cryptocurrency is to be distributed to these early investors. Also, it is important to determine the currency in which the investors are expected to pay in exchange for the tokens. After these protocols have been established and the rules made clear, the ICO campaign can be announced and marketed on Social media and websites often visited by cryptocurrency investors. When made familiar with the project, potential investors can point out the potential risks and issues; their suggestions can help the project instigators improve their plan and make it more appealing for investment. ICO itself is created through a blockchain platform powered by the chosen cryptocurrency. When the expected time frame for fund raising reaches its end, if the endeavor is deemed successful, the money raised is used to complete the project; if it is deemed unsuccessful, the money is returned to the investors.

The price of the tokens, and their supply, varies depending on the project

If there is no clear goal or fixed amount of funds expected to be received for the project, the price of the tokens will not be pre-designed. In other words, the distribution of the tokens among the investors will be proportional to the amount of funds the project receives; more funds will equal a higher price for the cryptocurrency used in the ICO campaign. On the other hand, a project may have a certain limit, fixed goal, in terms of the funds required, in which case, the price of the cryptocurrency will also be fixed. In both of these cases, the supply of tokens is considered to be static, but the supply can also be dynamic. Such a dynamic supply of tokens will also depend on the amount of funds raised; one token sent will equal one more token created. These projects where the supply of tokens is dynamic, can also be limited by a certain time frame or the amount of funds required. In any case, each project and cryptocurrency is different in its own way.

How successful can Initial Coin Offering be ?

Despite some claiming ICO may be just a passing fad, various success stories show its power and potential in the world of finance; the past year alone has seen $2 billion garnered in cryptocurrency sales in about 140 ICO campaigns. A specific example of success is Ethereum, a smart contracts platform which has Ethers as tokens. The ICO campaign for this project, announced in 2014, managed to raise $18,4 million in Bitcoins in only 42 days, which amounted to a price of about $0,40 for each Ether coin. The project went into motion the next year, and in 2016, the total market value of Ethereum’s shares went up to $1 billion, while the value of one Ether coin went up to $14. Of course, before investing in an ICO related project, investors should make precautions and do their research; some of these offers may be frauds meant to relieve investors of their funds with little way of recovering the lost money. In addition to investors, project instigators relying on Initial Coin Offering should also be cautious; if the project is not regarded as worthwhile by investors, the entire endeavor may be over before it even properly started. So, it is vital to consider the potential drawbacks, and make sure the proposal is appealing to potential investors.