Natural gas is moving sideways on the 1-hour time frame, finding support at the $4.768 level and resistance at $5.105. Price is gearing up to test the top of the range and might be due for a move back down again.

However, technical indicators are suggesting that a break higher is possible. If that happens, natural gas could climb by the same height as the chart formation.

The 100 SMA is crossing above the 200 SMA to signal that the path of least resistance is to the upside or that the range top is more likely to break than to hold. Price is also trading above both moving averages, so these could hold as dynamic support on dips.

RSI has some room to climb before reaching the overbought zone to signal exhaustion among buyers. Turning lower would mean that sellers are taking over and could take natural gas back to the range bottom.

Stochastic is also on the move up, so price could keep following suit while bullish pressure is in play. However, the oscillator is nearing the overbought zone to suggest that buyers need a break. 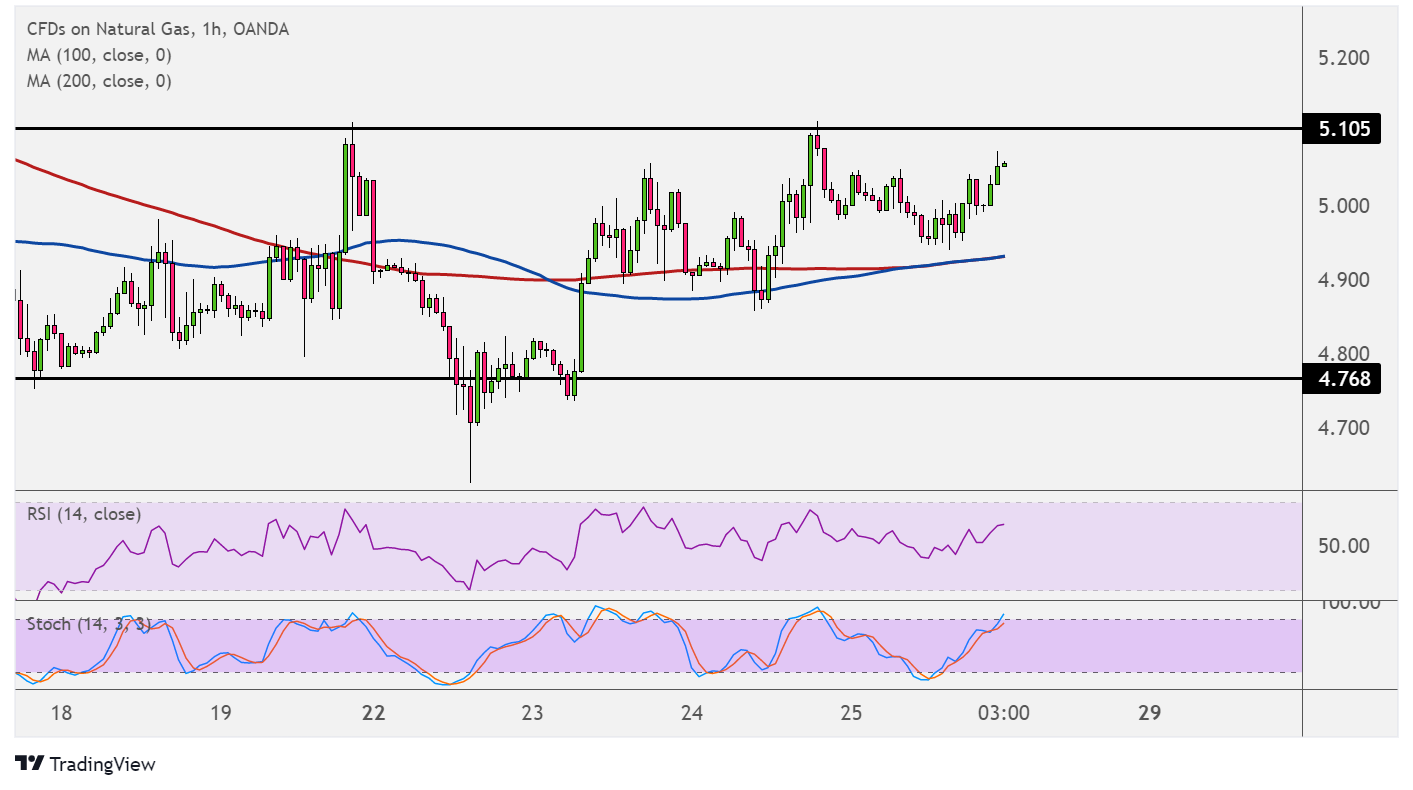 Natural gas is drawing support from a reduction in inventories in the latest reporting week, suggesting that demand remains elevated. Export activity to other countries undergoing an energy crunch might have contributed to the depletion of stockpiles, even as supply is starting to pick up.

Forecasts of colder than normal temperatures during the winter season might also be enough to spur stockpiling activity. Businesses might be keen on purchasing heating commodities in advance before prices climb any higher later in the year.

The Thanksgiving holidays would likely bring thinner liquidity in the coming days, which could keep natural gas prices in range unless there are any significant catalysts.