The Covid-19 pandemic may have brought a lot of death and misery to the world, but it has also produced some very startling financial opportunities in the forex, stock and commodities markets. What started off quietly in China soon got a lot of traction and spread to the whole world, causing the massive shutdown of many industries at a time. Virtually every possible major news item on the economic news calendar has been affected. This has produced some very stellar trading opportunities which every forex trader can capitalize on.

So what are the news trading opportunities that have been presented to the market? We look at the market-moving news events that look set to dominate the financial markets for the rest of 2020. 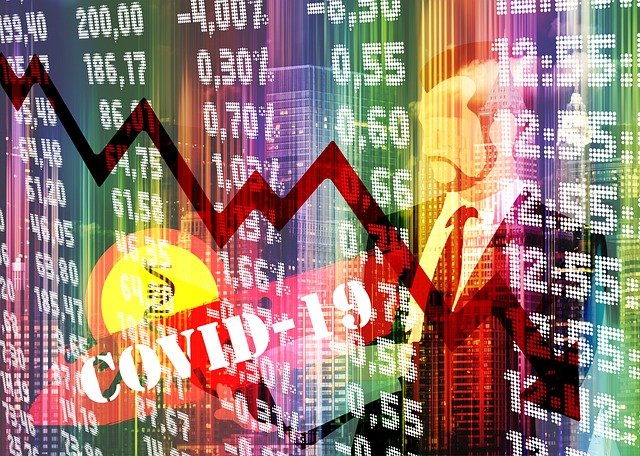 One of the sectors that has been badly hit by the news is factory activity. There are many news releases that measure factory activity across the world, but one of the most popular is the purchasing managers index or PMI. What does the PMI measure?

The Purchasing Managers Index is regarded as a leading indicator of the health of an economy. In any society, all goods that are used for work, study, recreation or life are manufactured in some kind of factory on a small, medium or large scale. These goods are moved to wholesalers, then retailers and finally to the consumer. Whenever there is an economic upheaval, this trickles up and down the supply chain as indicated above very quickly.

The managers that are in charge of the purchases made by factories (e.g. raw material purchases) are the group whose views are taken in surveys to form the components of this index. Surveys typically ask these managers what their opinions are about business conditions that they face with regards to new orders, prices, deliveries, inventories or employment. Their views are used to define the measurement of the index. PMI results usually have a midpoint of 50.0. However, the markets will usually respond to how well the actual numbers tally with the market consensus, or how far the actual numbers will deviate from the consensus figures.

With regards to the COVID-19 pandemic, factories across the world were affected in a number of ways.

As such, the Manufacturing PMI has assumed a very important role as one of the news items with the heaviest market impact during this pandemic period. Manufacturing PMI news releases emanate from China, the US, UK, Eurozone (Germany and France are the important ones), Australia, Canada, etc.

Employment data are measured in several countries using two data sets: the unemployment rate and the employment change. Both data sets have to work in an inverse direction to be able to create trading opportunities, whether good or bad. This means that:

If there is conflict between the data sets (i.e. if they move in the same direction instead of in opposite directions), then the currency price action will become choppy and profitable trading will be impossible.

There are other indices of employment that are measured in the economic news calendar, but these are country-specific. Examples are the UK Claimant Count, or the US Initial Jobless Claims (and Continuing Jobless Claims).

The COVID-19 situation prompted massive shutdowns of entire sectors that spanned the entire length of the global supply chain, from manufacturing to wholesale, retail and the consuming public. One factor of production is constant at all levels of the value chain: labour. COVID-19 produced negative labour conditions all over the world. Closed factories, restaurants, transport hubs, aviation, and many other sectors, all meant one thing: hundreds of millions of jobs have been lost. In the US alone, more than 30 million people have filed for unemployment claims. The situation is replicated in almost every country on earth. Right now, the markets have priced this all in, and are more focused on efforts being made by policy makers to reverse the situation. If the various employment indices show that jobs are either not coming back or are coming back way too slowly, the pairs featuring the affected currency will react. Keep an eye on the various employment data from China, the UK, US, Canada, Australia, New Zealand, Turkey, South Africa and other emerging markets.

Reduction in economic productivity will translate into a depressed GDP. The GDP is a lagging indicator which measures the overall health of a nation’s economy. Many economies are about to go into recession, or have already done so as a result of the COVID-19 outbreak. Therefore, massive drops in GDP have already been factored in by the markets. Moreover, central banks have pumped in a lot of cash into their economies to stimulate growth using various lending windows and asset purchase programs. What traders will be trading on the economic news calendar is whether the fall in GDP in the various currencies represented on the news calendar are as bad as the markets expect or not. Only few countries have a monthly GDP announcement. Most announce their GDP results on a quarterly basis.

Central banks reacted to the COVID-19 pandemic by cutting interest rates to record lows all across the world. However, the attempts by the apex banks to rescue their economies did not stop there. There have been massive stimulus packages such as bond purchases and provision of special credit windows to help out cash-strapped businesses.

Commodities and Their Associated Currencies

The following commodities are tightly linked to the coronavirus situation:

Gold is a safe-haven asset that commands demand when there is global economic upheaval. COVID-19 has caused a huge demand for gold and has driven it to prices not seen since 2012. Therefore, gold will see lots of volatility as markets shift between risk-on sentiment and risk-off/safe-haven sentiment. Risk-on sentiment occurs when news for possible treatments or vaccines are announced, or when certain sectors see improvement in business conditions as lockdowns are eased. At these times, traders and investors are willing to take more risks, and demand for gold will ease. But when the markets enter risk-off mode, the goal is capital preservation and investors will push their funds into safe-haven assets such as gold.

Crude oil and copper are regarded as risky commodity assets, and usually see demand when there is risk-on sentiment. The factory shutdowns, as well as the near collapse of transportation and aviation across the world have reduced demand for crude oil so much, that prices went negative at a time in late April 2020. Copper suffered the same fate, as lack of factory demand from China sent the asset crashing. However, easing of lockdowns in several countries is helping demand for these risky commodities pick up once more.

You are likely to see continues switching from risk-on to risk-off sentiment from now till the end of the year, as the pandemic is nowhere near being controlled and drug companies continue to search for possible vaccine or treatment candidates.

These are expected to be some of the major news items that will command great market impact in the course of the second half of 2020.