NZDUSD is forming a head and shoulders pattern on the 1-hour time frame, indicating that the pair might be done with its slide. Price has yet to test and break below the neckline support to confirm that a drop is in order.

The chart formation spans .7150 to around .7300, so the downtrend could last by at least 300 pips. The 100 SMA already crossed below the 200 SMA to hint that support is more likely to break than to hold, and price is moving below both indicators so these could hold as dynamic resistance levels.

Stochastic is still heading higher but closing in on the overbought zone to indicate exhaustion among buyers. Turning lower could mean that sellers are ready to take over. RSI has more room to climb before reaching the overbought zone, so buyers might still have some energy left. 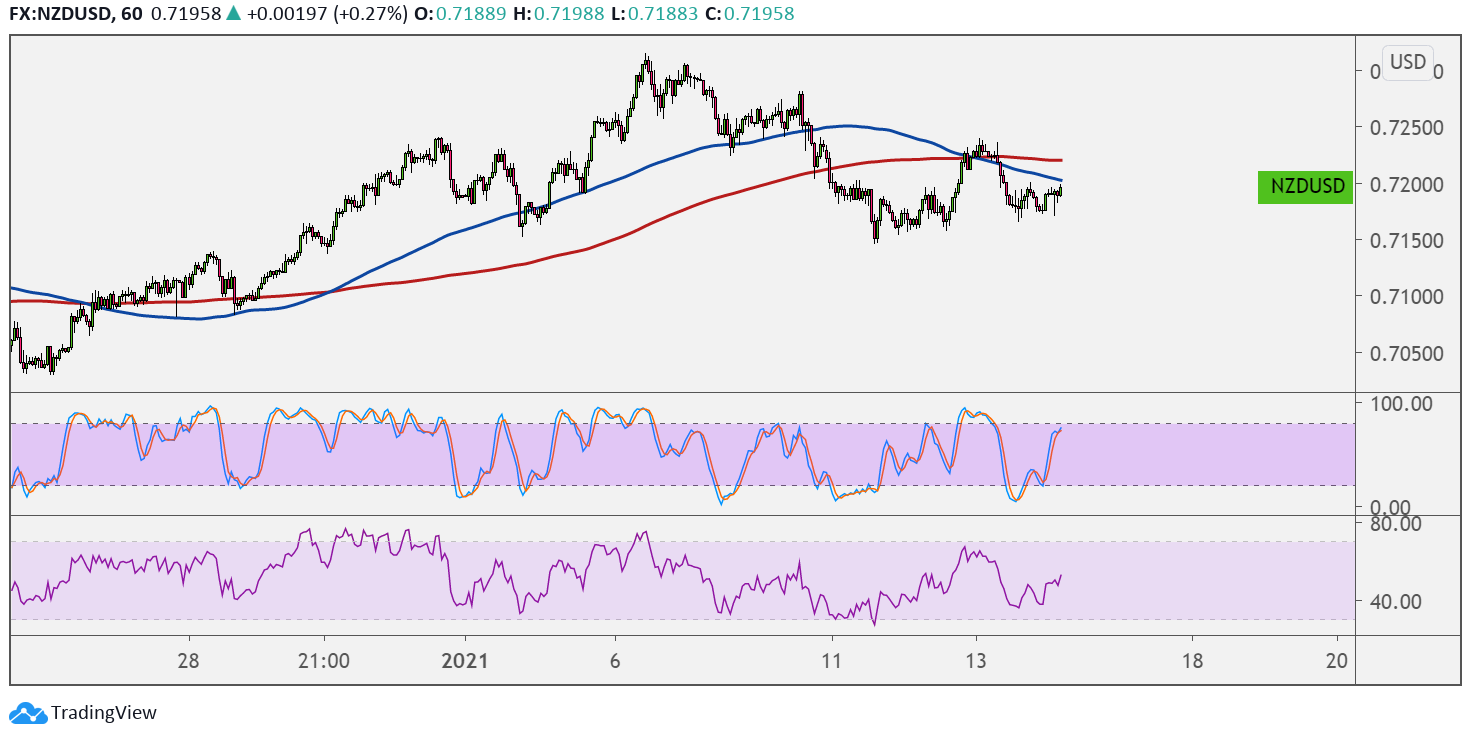 The Kiwi has been on a tear since risk appetite was in play for the first few weeks of the year, likely stemming from the vaccine rollout and stimulus efforts from governments. However, the optimism might be fading as markets continue to focus on the new strain of the COVID-19 virus.

Meanwhile, the US dollar could gain support from safe-haven flows if these uncertainties remain. Political issues in the US also appear to be resolved, especially as the transition of power to President-elect Biden draws closer.

US CPI and retail sales are lined up this week and strong numbers might be enough to shore up the US currency. Downbeat data, on the other hand, could still support risk-off flows which might be positive for the lower-yielding dollar.

There are no major reports from New Zealand, but it’s also worth noting that the country has had a pretty good response to the pandemic as it managed to keep new confirmed cases in check.