The Past, Present, and Future of Brexit

Brexit is a portmanteau of the two words ‘Britain’ and ‘exit.’ It refers to the referendum that took place June 23rd, 2016 in the United Kingdom and Gibraltar to remain or exit the European Union. At the end of it, 51.9% of UK citizens voted to leave the EU, changing the nation forever. What caused this was a combination of public dissatisfaction and campaigning. Well-known British politicians such as Nigel Farage and Boris Johnson started campaigning to leave the EU. Even before this though, during the 2015 elections, British Prime Minister David Cameron promised to renegotiate a deal with the EU and have a statewide referendum by the end of 2017.

When 2015 started, many political analysts called the idea of Britain leaving a very remote one, but by the time the referendum came, many Britons wanted out. According to The Economist, some of the main reasons included the European migrant crisis, being tied-down by failing economies, and outsourcing of jobs. Several right-wing politicians throughout the world have called for closed-borders to Syrian refugees and many other Asian migrants. 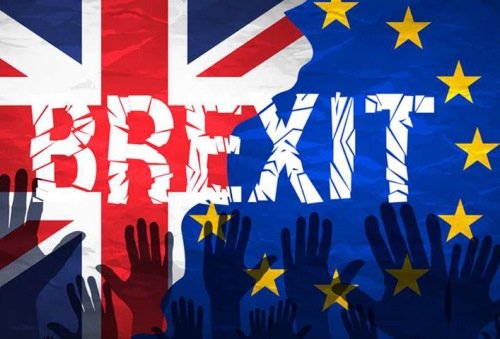 This attitude is also possessed by many of the citizens which may have caused them to want out of the EU. Looking at countries such as Germany who have accepted many refugees, may have turned them off to the idea of free borders for all Europeans. The bail-out of economies such as Greece by other EU members also had much to do with Britain exiting, as many citizens thought it severely hurt their own economy. Although these were definitely concerns, the average Briton was mainly thinking about the many jobs that were being taken away from them, as corporations could move to cheaper countries across the EU.

When viewed from a global standpoint, many leaders have called Brexit a bad decision, but for many individuals who are thinking about their families, it had to be done. Finally, Boris Johnson also raised concerns of the undemocratic EU as he said, “The more the EU does, the less room there is for national decision-making. Sometimes these EU rules sound simply ludicrous, like the rule that you can’t recycle a teabag, or that children under eight cannot blow up balloons.” The ‘remain’ side was led by Prime Minister David Cameron and tried to focus on the global and widespread repercussions of leaving the EU. As mentioned before, ‘leave’ ended up winning despite Scotland, Northern Ireland, and Gibraltar having a majority of people voting to stay.

As mentioned before, the ‘stay’ side focused on the widespread ramifications of Britain leaving the EU such as markets falling. Well, that definitely wasn’t a miscalculation as the day after Brexit had the worst single-day loss in worldwide stock markets with investors losing 2 trillion US Dollars. The value of the pound also fell incredibly to a new 31-year low.

The referendum also caused turmoil within the UK as Scotland, who voted a majority to stay, has announced that they may pursue a second referendum to leave the UK and stay in the EU. David Cameron also resigned the day after the Brexit vote, which brought in new PM Theresa May. One of the main reasons citizens chose to leave the EU was the European migrant crisis, and that was shown in the aftermath of the referendum. The Independent reports that over a hundred hate crimes occurred after the Brexit vote including vandalism of a Polish school where someone wrote, “leave the EU. No more Polish vermin.” Many of the youth also protested during and after the referendum as most younger citizens voted not to leave the EU. Several 16 and 17-year olds also protested because they were not able to vote in the referendum. Many journalists have said the floodgates are now open for a lot of other countries to try and exit the EU including a big country like Spain. John Van Reenen of the London School of Economics called Brexit “a drumbeat of anti-foreigner sentiment. The only question is which other countries will now be swept along in this poisonous flood.”

It is extremely difficult to predict what Brexit will bring in terms of the economy on a long-term scale, but many analysts have predicted that the social fabric of the UK will definitely be changed a lot. With tighter borders and no free movement within the EU, immigration to the UK will undoubtedly decrease while within the borders, hate crimes will very likely increase. Although the referendum has already been completed, the actual process of leaving the EU will take several years according to Theresa May, and in the long-term plans of the UK, those will take a toll. The process will be long and grueling and will quite probably take a toll on taxes and the economy.

One of the even larger problems looming in the back is whether or not Scotland stays in the UK, and if they leave, it will take an even larger toll on the British economy and put a drag on the countries government. They may also risk their position on the UN Security Council as they no longer speak for Europe along with France, their spot could perhaps go to the more influential Germany.

Now that UK has left the EU, it sets a dangerous precedent for other EU members in the future. As Spain perhaps looks to leave, many other countries in the future may look to this path as well. The UK is the first country to leave the EU and now that the countries know it can be done, it probably will be done. This not only hurts the UK, but it hurts the world as well. Britain, along with Germany and France, is one of the largest and most influential countries in the EU, and with it leaving the Union gets substantially smaller.

As the EU gets smaller it also shifts the global power from West to East. Right now the EU and USA work in common interests in pacts such as NATO, but with the EU potentially breaking down it leaves no single, dominant power to partner with the US. This may cause the worlds power to shift to the East with two rapidly-growing economies in China and Russia. Brexit may have just been a referendum for one nation, but in reality, it will affect nearly everyone on Earth in the long-term.