MONDELEZ INTERNATIONAL INC Common Stock (NASDAQ: MDLZ) stock lost over 0.5% on 30th October, 2019 (as of 12:18 pm GMT-4; Source: Google finance) after the company’s third quarter of FY 19 results. Adjusted Operating Income margin contracted by 30 basis points to 16.8 percent due to the decline in Adjusted Gross Profit margin partially offset by SG&A leverage. The company’s adjusted Gross Profit rose $65 million at constant currency whereas the margin fell by 100 basis points to 39.7 percent mainly due to plant transition issues in Brazil and the highly inflationary environment in Argentina. 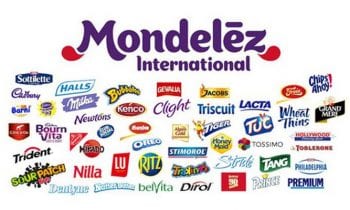 The company has been investing in marketing and creating new products to suit the consumers in emerging markets like China and India, where rising incomes and e-commerce sales have led to slow demand in developed countries. emerging markets grew approximately 7% in the third quarter and the developed markets also performed strongly during the quarter with revenue growth is of about 3%, due to the strong volume-driven results out of Europe and North America where the company saw a combination of volume/mix and pricing increases.

MDLZ in the third quarter of FY 19 has reported the adjusted earnings per share of 64 cents, while adjusted revenue growth of 1.1 percent to $6.36 billion in the third quarter of FY 19. Adjusted Operating Income had increased $46 million at constant currency, that includes the incremental investments in route-to-market capabilities. Additionally, during the quarter, the company had returned approximately $600 million to shareholders in common stock repurchases and cash dividends. Year-to-date in 2019, the company has returned approximately $2.3 billion

Mondelez expects the full-year 2019 organic net revenue growth to be of over 3.5%, up from the company’s previous forecast of over 3% growth. Mondelez also now expects adjusted earnings per share growth to be in the range of 5% to 7% on a constant-currency basis. The company continues to expect Free Cash Flow of approximately $2.8 billion for 2019 and had generated $1.2 billion through the third quarter. The company now expects to spend about $1.5 billion for the full year on share repurchases as the company had acquired the Perfect Snacks business and are managing overall leverage thoughtfully.