US crude oil futures are recording a massive rally on Thursday after multiple sessions of huge selloffs. While Saudi Arabia and Russia did not declare a truce in their price war, oil gained on government and central bank stimulus announcements that contributed to the broader market rally. Is this symbolic of the near-term volatility in crude markets, or is oil ready to stage a comeback?

Brent, the international benchmark for oil prices, also jumped toward the end of the trading week. June Brent crude futures advanced $3.69, or 14.83%, to $28.57 a barrel on London’s ICE Futures exchange.

Saudi Arabia is set to flood the market with four million barrels per day (bpd) of oil next month as part of efforts to seize greater market share at the expense of OPEC members and other outside producers. Earlier this month, oil-rich countries failed to reach a deal to cut oil production levels as part of an initiative to keep prices higher throughout the virus outbreak. Moscow did not accept the proposal, leading to a breakdown in talks and Riyadh ready to pump out as much as 12.5 million bpd beyond April.

US shale companies have been expected to curtail output, which might be revved up sooner than originally projected due to the COVID-19 pandemic. Canada may also curb production because of higher break-even costs and diminished product value compared to US output.

With global demand falling due to the coronavirus pandemic, inventories will soar and physical storage levels will be at maximum capacity. Some analysts are forecasting WTI crude to plummet to $15.

So, what happened on Thursday? The Bank of England (BoE) slashed interest rates to 0.1% and announced a $233 billion government and corporate bond-buying program. The Federal Reserve revealed a $90 billion US dollar swap line with nine additional central banks to lessen the liquidity blow in international greenback funding markets. The European Central Bank (ECB) outlined an $820 billion expansion to QE efforts on late Wednesday. 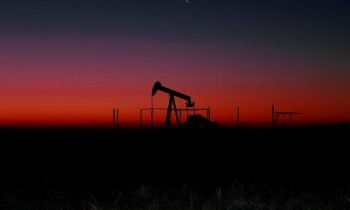 All these developments sparked rallies in US and European financial markets. But analysts say they do not expect the spike to continue, even with the Chinese economy hitting the restart button. Unless the Saudis refrain from adding to the supply glut, experts note, oil will remain in freefall.