What’s The Difference Between Bitcoin and Bitcoin Cash

In August last year, the Bitcoin Blockchain network experienced an event known as “hard fork”, a term used by experts to refer change in protocol or upgrade. However, there were several groups that disagreed on how to proceed with the upgrade of Bitcoin. One of the opposing groups comprised mainly of group of miners while the other comprised of majority of Bitcoin users. The rift between two opposing group grew wider. They disagreed on how Bitcoin should upgrade its protocol. The developers and users actually wanted the segregated witness (an upgrade that compresses transaction of data allowing more transaction to fit in each block) to be implemented while the miners wanted Bitcoin Blockchain to use bigger blocks so as to allow more data to fit in each block mined. The goal of both miners and users were the same but both side maintained their hard stand. None was willing to compromise. As a result Bitcoin broke it not two different currencies namely Bitcoin and Bitcoin cash. So the big question is; what is the difference between Bitcoin and Bitcoin cash? In this article, we are going to review these two currencies to help you know how they differ from each other.

What is Bitcoin Cash ?

Bitcoin cash is a cryptocurrency that was created as a result of fork of Bitcoin Blockchain that occurred on August 1, 2017. It is actually an alternative version of Bitcoin but has new rules and features. It also has different development road map.

What is the difference between Bitcoin and Bitcoin Cash ? 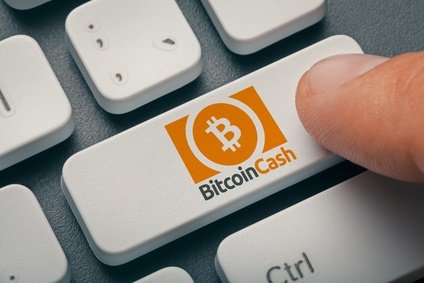 There is no doubt that Bitcoin has larger network and supporting infrastructure when compared to Bitcoin cash. This is because Bitcoin has been in existence for long period of time while Bitcoin cash is still new. As a result, experts view Bitcoin as a stronger and more stable currency than Bitcoin cash. It has greater security because it has more infrastructure and mining support. Although transactions take longer time to be processed, there transactions are usually confirmed. Bitcoin cash on the other hand have lower fee. However, due to their current Blockchain protocol, it is very easy for transaction to be rejected.

Although the rate of processing transaction in Bitcoin is painfully slow, it has more wallets and is widely accepted by Bitcoin community. Bitcoin cash on the other hand does not much community acceptance because it is new in the market. As a result, Bitcoin cash has fewer exchanges supporting and wallets when compared to Bitcoin.

Bitcoin vs Bitcoin cash, which one is a better investment ?

The two digital currencies are different from each other and both have their pros and cons. For instance, Bitcoin has a larger infrastructure and network. On the other hand, Bitcoin cash has is far much cheaper and has faster transaction speed. The choice between this two currencies depend of what you are looking for or what you want. For instance, if you want to keep your currency safe, then Bitcoin is the bets option because it is more secure. On the other hand, if you are more concerned with making quick payments at an affordable rate, then Bitcoin cash is the best option for you.