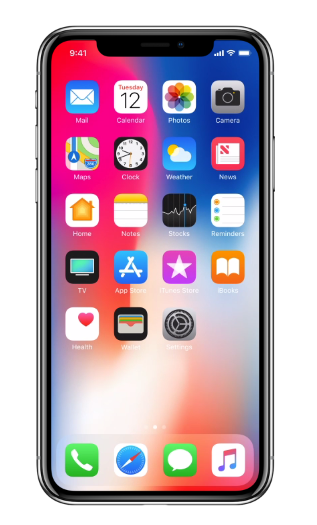 The iPhone X is undoubtedly one of the most amazing phones released this decade, but there’s nothing innovative or new about it.

What makes it so exciting is because, among all iPhones ever made, this has the most radical redesign combining a number of key innovative trends in the industry that every Apple fan will be dying to own and spend for another couple of years in the iCycle.

To avoid confusion, the iPhone X is not pronounced as “iPhone ex” but as “iPhone ten” and it’s being strongly described as the template for mobile smart phones for the upcoming decade.

The thing most people want to ask about, however, is whether the iPhone X starting price of $999 is worth it. Well, the X is an exceptionally beautiful device with a stainless steel band as well as a glass back curving into a sizeable 5.8-inch OLED display that covers all the way to the front side of the phone. This one is a little thicker but less slippery than iPhone 7 which most users termed as suicidal in its ability to fly out of hands.

With the new myriad of features and a bold new design, the X is bound for success, and the owners of the phone will indeed fall in love with this beautiful device.

When you get hold of this phone, the first thing that strikes you is how substantial it is. The new iPhone X is easily the best-looking phone the company has ever made.

We loved the designs that heralded the arrival of Apple’s iPhone 4 and 5, but this one feel like the company took all those ideas and smashed them into one device. It feels great in the hands because it’s slim with a glass back making it an efficient design.

Forget the build now and think about the display. It features a 5.8-inch OLED screen that has inky blacks and vibrant colors that one would stare at for hours.

The obvious complaint one would think of is the absence of the home button, but for your information, it allows for a clean slate interface. You need to swipe up to access the home screen then pull down beginning from top to access the control center. Swiping left takes you to notification center while pulling it from the right gets to the camera. With practice, the gestures sit in hand just fine.

One of the biggest changes in the iPhone mix this year is the loss of Touch ID which makes way for Face ID; the ability to open the phone just by looking at it. And while most handsets of similar tech can be easily duped by a photograph of the user, Apple ensures that the user loads different face angles, just like you position your finger around the sensor which makes this a secure way to open the phone. We, however, have to wait and see if the Face ID works pretty well.

A New Version of iOS

With so much more screen to play with, we obviously expected a few changes in the way iOS works. Well, the main display remains the same with the standard grid of icons not changed. The home button, the button of the phone and the bezel has now been repurposed as home button. This is intuitive and works incredibly well, but it may take days to learn how to balance the X on your palm. For instance, the Control Center is at the top right which requires more dexterity to hit and with that, you have to learn how to perfectly use both hands for that. 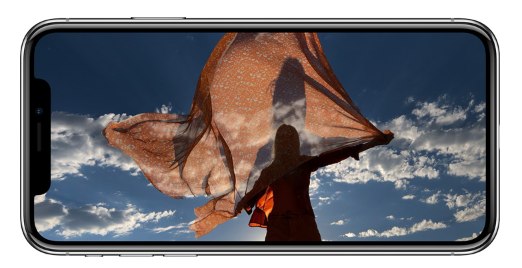 The camera on the new iPhone X has an extremely fast focus and one can take better low light shots not mentioning some other new features that make the product clearer. While the X has camera upgrades, the telephoto lens like the one on the iPhone 7 has been included and also optical image stabilization for the two sensors to ensure a brighter and clearer pictures.

The back camera has been placed vertically rather than horizontally because Apple wants you to hold the iPhone in a landscape as opposed to portrait mode. This also applies to the front camera, which takes a great deal of space and is also needed for Face ID.

There are no clear details on AR yet but with, the Apple’s ARKit as well as Google’s new ARCore, you can be sure that the next big contest will be in the AR space. Another exciting feature of the front-facing camera is you can transform your face into an animated emoji called Animoji.

Every iPhone user dreams of more battery life. Whether you’re a heavy power user who can’t see through a working day without looking for the charger, or probably a lighter user but still do not want to top-up every day, the Apple has more job to do here.

The X’s battery size is the same as usual but the brand insists that there are bigger upgrades. However, the surprising change with the new iPhone X is the wireless charging that is now possible with the device.

Well, this is not a new function because we’ve seen it before on the Nexus 4 and a few Samsung phone. The phone supports two competing standards, PMA and Qi which implies that consumers don’t have to choose.

Apple is supporting the Qi, but it has included its own charger to allow people to use the phone without necessarily plugging in a cable.

The battery life of the new X has been extended with two hours, and this must be great news for iPhone fans given the battery-sapping features on display here.

And the wireless trend looks to have been an all-round change as the phone lacks a headphone jack. This is uniformly annoying, but you have to save up for the Beats X or Airpods or even other wireless headphones as well.

iPhone X is undoubtedly one of the most expensive top phones ever made with prices starting at an eye-watering £999,$999 in the UK and AU$1,579 in Australia. Pre-orders are scheduled to begin Oct. 27, and the shipping should begin on Nov. 3.

The planned effect of iPhone X to wow its display looks to be perfect. The display is so vivid and holding it feels as if you have the iPhone concepts we wrote about years ago. While thw lack of some features won’t go well with some users, there’s no doubt that iPhone X from Apple is the futuristic phone that we’ve been waiting for.