MahiFX (a London based financial technology provider) just came out and formally made it clear that the firm is officially authorized to operate by the UK financial Conduct authority (FCA). This move also serves to add a third jurisdiction in which the company is regulated keeping in mind the fact that it is already licensed by the ASIC in Australia and in New Zealand by the FMA.

Shortly after, Nicole Vivian (the Compliance and Finance manager) is on record commenting about the same matter by saying: Being a Regulated entity, MahiFX.com is therefore expected to meet various strict financial standards which include capital adequacy requirements to mention the least. As a matter of fact, on a regular basis, MahiFX would be required to hand in its financial reports to regulators and must also be in compliance with the highest standard of corporate governance, financial reports and above all else disclosure. 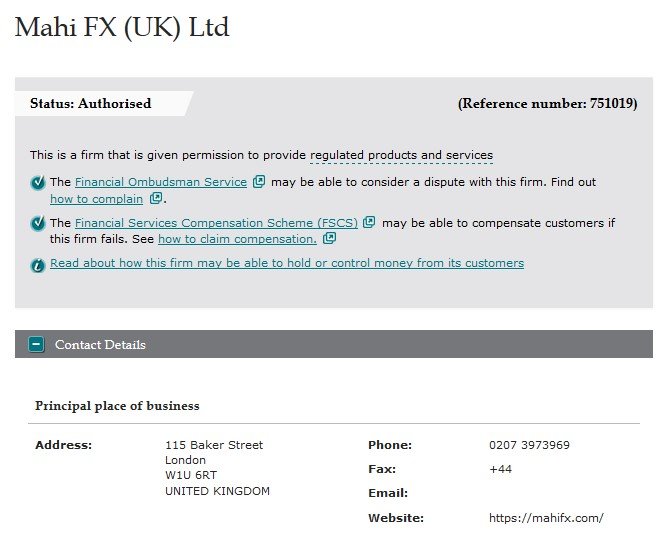 You should know that we are providing services to a range of FCA regulated brokers and since we also double up as the technology providers we deemed it fit to also make sure that we were in compliance with the same standards. Good news is, authorization from the FCA also serves to reinforce our status as a business which prioritizes integrity, honesty and above all else security. We look forward to having our new membership clearly demonstrate the same not only to the present clients but also to future ones as well. These are sentiments echoed by the company’s’ CEO David Cooney in an official announcement.

According to official information that is present on the FCA’s register, the company is only allowed to deal in investments not only posing as an agent but also as a principal and even as a retail client. You will be happy to learn that the licenses include commodity futures and options, futures, CFDs, option rights, spot FX as well as spread betting.

It is also worth noting that for a long period of time now, MahiFX has been offering its technology to a range of eFX clients with the company’s core products being the MFX vector and the MFX compass. Take note, these tools have since been widely used to optimize costs and also manage risks by electronic foreign exchange brokers. In addition to all of the above, the company is also credited for making available its proprietary trading platform, MFX trade.