US Crude Soars 9% As Market Bets on OPEC+ Production Cuts

Crude oil futures surged at the end of the Wednesday trading session as traders are betting that oil-producing nations will slash output until June. Oil prices were already rallying on data that showed US production is continuing to decline, a trend lift crude even higher in the near-term.

According to the US Energy Information Administration (EIA), domestic crude inventories advanced 15.2 million barrels in the week ending April 3. The market had forecast a rise of 8.4 million barrels. Gasoline stockpiles increased 10.5 million barrels, while distillate supplies edged up 476,000 barrels. 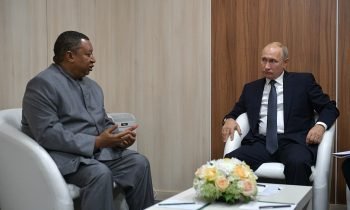 On Thursday, the Organization of the Petroleum Exporting Countries (OPEC) and allied oil producers (OPEC+) will participate in a virtual meeting to decide on global crude production. Traders are heavily invested in the meeting, as it could either crash the oil market or lift prices above $30. The belief is that OPEC already has a baseline cut of between eight million and 10 million bpd until June, but the cartel could fine-tune the amount and potentially go higher. Some experts say there is a chance that OPEC+ reductions could reach as much as 15 million bpd.

What could persuade the group to go as high as 15 million bpd? The United States. Because the US has become an energy juggernaut in recent years, there are calls for America to impose industry-wide cuts, too. But President Donald Trump noted that the sector is already voluntarily doing so, plus he intends to move forward with tariffs if OPEC decides to avoid an agreement on a sizeable production cut.

Should talks fall through, there could be another blood bath in oil prices.

In the end, whatever oil-rich nations do will unlikely be enough since demand is still projected to plummet by between 16 and 20 million bpd.