Petmed Express Inc (NASDAQ: PETS) stock lost over 16% on 20th July, 2020 (as of 12:01 pm GMT-4; Source: Google finance). For the first quarter ended on June 30, 2020, the firm reported a weak Cash from operations which was negatively impacted by a $25.2 million, due to rise in inventory as a precaution due to possible shortages as a result of COVID-19. The firm is aiming to return to normal inventory levels in future quarters. Moreover, apart from ongoing uncertainty due to covid19, the Seasonality could also impact their business as Spring and summer are considered peak seasons with fall and winter being the off-season. Even though the gross margins improved as compared to the same period in the last quarter, it was sequentially down from the last three quarters. Major reasons contributing to the decline is more over-the-counter sales that has lower margins. Strong Reorders lead to higher loyalty program around credit accruals, which again hurt gross margins. Due to the ongoing COVID-19 pandemic, most of the veterinarian offices, shifting the sales from prescription to OTC. Brick and mortar retailers were also closed forcing the firm to increase spending on online advertising and ecommerce. 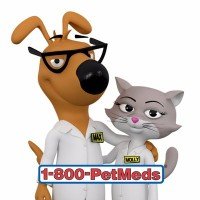 On the other hand, the group reported a decent first fiscal quarter ended on June 30, 2020 with sales rising to $96.2 million against $80 million in prior corresponding period driven by rise in order and reorder sales. The group’s campaigns have encouraged upselling and crossselling contributing to the rise.

The average order value was over $89 for the quarter compared to $86 for the same quarter last year.Net income rose to $7.8 million or $0.39 diluted per share, against the $5.3 million or $0.26 diluted per share for the same quarter last year, which is a rise to diluted earnings per share of 47%. New order sales surged 29% to $15.8 million against $12.2 million in pcp while Reorder sales rose 19% to $80.4 million for the quarter against reorder sales of $67.7 million in pcp. The firm also added 186,000 new customers during the first fiscal quarter against 140,000 in the prior corresponding period. Gross profit as a percent of sales improved by 50bps to 27.8% against 27.3% in the prior corresponding period.