Wheat Retreats From Two-Month High Ahead of Key USDA Report

Wheat futures are retreating from their best levels in two months to start the trading week. The slump in the agricultural commodity’s prices come ahead of a key US government report on domestic inventories and forecasts. Wheat prices have surged about 8% over the last month on global supply risks due to the COVID-19 pandemic.

The agricultural commodity had been gaining on worldwide panic buying of food staples during the Coronavirus outbreak. The global pandemic has spurred milling demand and boosted speculative buying. However, there has been a jump in net short positions for multiple crops, suggesting that investors believe that the outbreak may have peaked.

On Tuesday, the US Department of Agriculture (USDA) will publish its planting intentions and quarterly stocks reports for wheat, corn, and soybeans. Analysts anticipate that the government will project an across-the-board increase from last year, mainly due to better weather conditions. 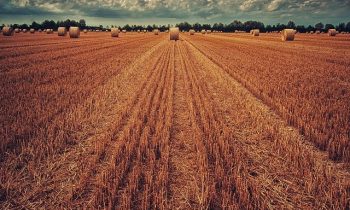 Late last week, US Wheat Associates announced that China made its first big wheat purchase as part of the provisions in the phase one trade agreement. Chinese importers acquired 340,000 tons of hard red winter wheat, which represents the largest transaction of wheat since March 2018. Officials are hoping that this is the first of many big wheat sales to come.

This comes as the USDA confirmed that export inspections increased 3% to 363,881 metric tons in the week ending March 26.

Russia, meanwhile, announced that it will limit exports to seven million tons from April to June to help support prices. Kazakhstan and Ukraine are also expected to curb shipments for the next several months.