WTI crude oil is resuming its slide as price turned upon hitting the resistance at $28.50 per barrel and is now down to the swing low. Sustained selling pressure could still take the commodity price down to the next downside targets.

The 100 SMA is below the 200 SMA to indicate that the path of least resistance is to the downside or that the selloff is more likely to gain traction than to reverse. Price is also below this dynamic inflection point, which means that it could keep holding as resistance from here.

RSI is moving lower, so price might follow suit while sellers have the upper hand. Stochastic is also on the move down to indicate that bearish momentum is picking up, possibly enough to take crude oil down to the next support levels. 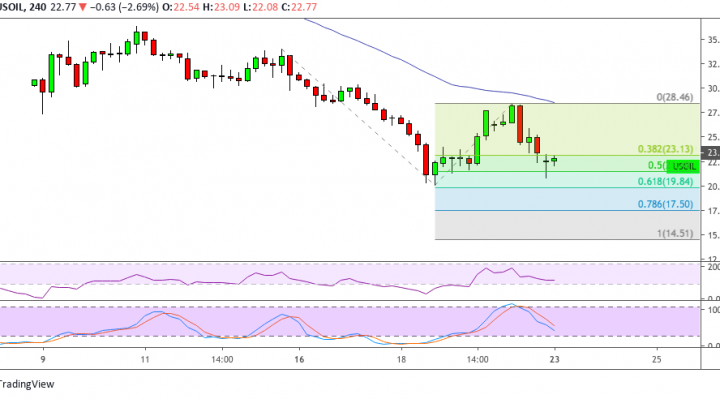 Crude oil remains under downside pressure on account of the trade and travel restrictions resulting from the COVID-19 outbreak, as well as the pickup in risk aversion. Demand for fuel and energy is likely to stay feeble in the months ahead as businesses adjust operations to adjust to the lockdowns and quarantine periods.

The lack of agreement among major oil producers is also contributing to the downside pressure in oil as a price war could see these countries pumping up volumes in order to make more revenues. So far, Russia has been unwilling to participate in the OPEC’s proposed output deal, so there’s still a risk of global oversupply.